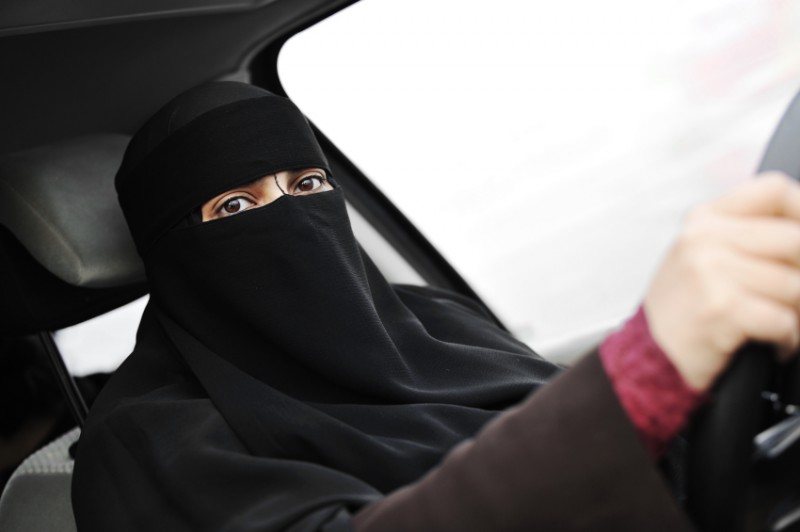 In an escalation of the stakes in an ongoing controversy, Saudi authorities in late December referred to the Specialized Criminal Court in Riyadh, which handles terrorism matters, the case of two Saudi women active in the campaign to allow women to drive. Referral of the two women, Loujain al-Hathloul and Maysa al-Amoudi, appears to be based on statements they made on Twitter, not on the act of driving itself.

The case follows the criminal conviction in October of three lawyers — Abdulrahman al-Subaihi, Bander al-Nogaithan, and Abdulrahman al-Rumaih — for tweets that officials deemed critical of the Justice Ministry. In particular, authorities focused on the lawyers’ objection to the treatment of Judge Mohammed Al Abdulkareem, who faced a disciplinary hearing before the Supreme Judicial Council in 2013 after he allegedly criticized the Justice Ministry on Twitter. One of the three men convicted, Bander al-Nogaithan, is a Harvard Law School-educated attorney, described by Saudi friends as deeply patriotic. 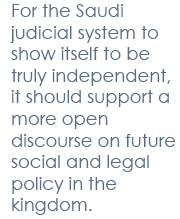 The conduct of justice in Saudi Arabia matters a great deal in the Muslim world. Because its rulers are the Custodians of Makkah and Medina, central holy sites, the kingdom’s actions carry exceptional moral weight. While Western media portrayals of Saudi justice dwell on sometimes harsh interpretations of sharia law and disproportionate sentencing for relatively minor offenses, the reality in the kingdom is far more complex.

Since enactment of the 2007 Law of the Judiciary, King Abdullah has undertaken major reforms to the justice system. The king, who according to reports over the last few days is again hospitalized at age 90, has modernized the courts, hiring hundreds of additional judges and making legal proceedings more transparent. Programs have been created inside the country for the legal education of women. These efforts have at times attracted the ire of conservative forces in the Ministry of Justice, which has been at best slow in carrying out the mandates of the 2007 law.

The reform measures have won praise from young Saudis, however, who hope that their nation will move toward a more transparent and reliable judicial process. The hope is shared by foreign investors, who are often stymied in commercial law matters by a judicial system that reopens arbitration rulings and does not publish the outcomes of court cases.

For the kingdom to continue progress in meeting the aspirations of its younger generation, it must continue to carry out judicial reform measures even after any transition in royal power. To counter insiders who would obstruct these changes in the legal system, it must be willing to tolerate public criticism of corruption and inefficiency within the government. Repression of respectful dissent encourages a “brain drain” of the talented and educated elites essential to an orderly succession to a younger generation of the Al Saud family. Whatever internal pressures the rulers of Saudi Arabia must be feeling in the aftermath of Twitter revolutions in the region, the correct response is not to stifle civic discourse.

While the driving ban has lit up the internet, it is only a symptom of a system that is insufficiently responsive to widely-held Saudi opinion on matters of governance. For the Saudi judicial system to show itself to be truly independent, it should support a more open discourse on future social and legal policy in the kingdom. It can start by reversing the conviction of the three dissident attorneys as an improvident effort to utilize the organs of the judicial process itself to suppress criticism of the court modernization process.

Meryl Chertoff is the executive director of the Justice and Society Program at the Aspen Institute. She has worked on judicial engagement projects with judges of countries including Saudi Arabia.