A few years ago, Dan Piraro drew a thought-provoking cartoon showing a physician talking to his patient, Planet Earth. “You’ve got advanced stage humans,” he says. “The good news is that they’ve just about run their course and you should be on the mend soon.”

One has to have a dark sense of humor to laugh at this overburdened planet struggling to support humankind and then ceasing to provide the ecosystem services we need to survive. The cartoon implies that the planet will have a bright future once it is freed from human demands. This brings to mind the dreadful tradeoff that could arise in the debate over “saving the environment.”

Today, we see distinct groups of people pursuing three laudable goals in parallel: environmental conservation, global food security and poverty alleviation. These goals are interdependent, and yet at times at odds with each other. If achieving one goal might challenge the process for another, how do we balance our efforts and choose priorities? The conflicting goals sometimes lead to paralysis. Instead of preaching across topical boundaries, compromise and collaboration will be essential for breakthrough progress.

For example, environmentalists might argue that we must freeze the environmental footprint of agriculture, evacuate the remaining forests of the planet and take other drastic measures to stop the damage wrought by our unsustainable demands on nature. The planet will let the human race overdraw on its credit for environmental services for only for so long before food production is jeopardized. Depletion of fresh water reserves, overly aggressive deforestation, air pollution and other factors are planetary problems we must address even before we consider the added impact of climate change.

Food producers might respond that cultivation and irrigation of crops and feeding of livestock requires prodigious amounts of both land and water. Until around 1950, the world’s land mass and water supply was more than enough to meet the land and water needs of the planet’s three billion inhabitants. There was little thought about whether the world was overdrawing the planet’s ecosystem services. As we doubled to six billion people and are well on our way to nine billion, the planet developed the malestar pictured in Dan Piraro’s cartoon. Food producers have focused on efficiency and aggressive production to both meet growing demand and support their bottom lines. 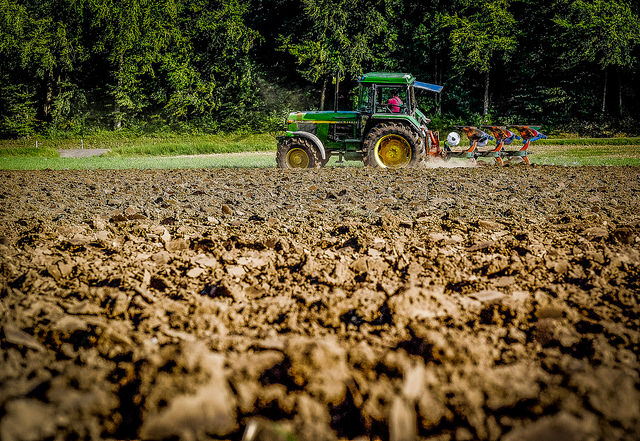 The North African food riots of 2008 demonstrated the danger of imbalance in food supply and demand. Yet the drive for food production is pushing the limits of our water and soil resources. Our focus on high yielding varieties of a few grain types (particularly wheat, corn, and rice) while neglecting other species now threatens biodiversity globally. How do we find the right balance between the call for increased production and the need to protect our natural resources?

Finally, poverty alleviation experts will highlight our moral duty to alleviate poverty as the foundation of our agenda for the next half century. They argue that eliminating poverty will unlock access to water, health and opportunity, and that these are all human rights. If it is possible to lift billions out of poverty, how will we accommodate the increased demand and improved diets that would surely come as a result of increased prosperity without pushing global ecosystems beyond their limits?

To develop better approaches than what we have done in the past, collaboration—not competition for loudest voice—will give us the balanced approach we need to begin to answer these questions. Understanding the different actors who can step forward in concert on these intertwined issues should be our focus.

First, as governments underwrite research and set the stage for intellectual advances, they have in their power the opportunity to set the stage for huge leaps in innovation, technology and knowledge. Unfortunately, some governments will at times choose the less innovative, but sometimes more popular path. Those focused on success will need to develop policies based on science and global supply and demand considerations, in addition to domestic political interests.

Next, the private sector, with its tight focus on the bottom line, competes based on narrowly defined missions and the available skills that they have in house — regardless of the desires of leadership or employees wishing to do good for society. Competition makes markets work, yet corporations can easily lose sight of the role of sustainability in future success when focused on the immediate future.

Finally, NGOs can have the space to think more broadly than bottom lines, but are removed from the realities of the marketplace. While NGOs frequently limit their input to identifying problems, their follow-through could stimulate true policy change if they were to go beyond drumming up popular support to “push” the government and the private sector to follow their own roadmap.

Individuals in government, the private sector and the NGO community can all feel that they are true to their missions, yet each of the three often has a limited understanding of and engagement with the work of the other two. Government needs to understand the science that exists and the global marketplace that is crying out for new solutions. The private sector can learn from the NGOs to see how accommodating environmental issues can work with a corporate mission. Finally, rather than just stating their case, the NGOs need to be willing to work side by side with the private sector to make change rather than just talk about change.

Many believe that we are working for a balanced society that will benefit all. In the end, however, we push the agendas of our organizations, whether that’s a corporation, an NGO or a government entity. We believe in what we are doing because of our own backgrounds and the contexts in which we work. We are influenced by the logic and thoughts of our colleagues who believe in the same philosophy. We support what we understand best and too often criticize the work of others without truly understanding their roles.

Maybe the planet can support our current lifestyle for nine billion people. If so, it will only be because of innovation and scientific advancement, and because we recognize that the world’s population is interdependent. Instead of a singular focus on national self-sufficiency and self-interest, we must find the common ground for the truly integrated solutions that different sectors and different geographies bring to the table.

This in part is the mission of the Aspen Institute’s Food Security Strategy Group, and one that the entire food security community should take up as its banner. Only by truly hearing the voices and perspectives of others will we disprove the fatalistic prediction of Dan Piraro’s comic. Hopefully the human race has not “just about run their course,” but still has many great benefits to offer our planet and our many generations of descendants.

Carl Hausmann is Global Policy Advisor at Bunge Limited, a global agribusiness and food company, and a member of the Aspen Food Security Strategy Group.