Society of Fellows members gathered in a private home in Aspen on July 22nd for a discussion and book-signing with Taylor Branch, Pulitzer Prize-winning author and public speaker best known for his work on the civil rights era. During the discussion, Branch shared extracts from his latest book, “The King Years: Historic Moments in the Civil Rights Movement.”

Branch’s book was fittingly published this year – the 50th anniversary of Martin Luther King’s “Letter from a Birmingham Jail,” a seminal text in the Aspen Seminar. The topic of the civil rights movement was also timely because this year marks the 50th anniversary of many significant moments in the fight for equal rights, including King’s “I Have a Dream” speech and the Children’s March. The presentation provided important historical context for King’s letter, as Branch touched on issues of slavery, segregation, and the civil rights movement. 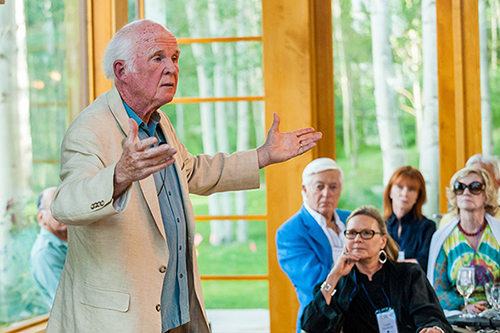 Branch reminded the audience of the continuing relevance of celebrating the anniversary of this important text. Despite advances on social issues, including the womens’ and gay rights movements, there is still progress to be made. Branch spoke of a “deliberate denial about race issues” in our political discourse today, a sentiment echoed by President Barack Obama in his recent speech on Trayvon Martin after the George Zimmerman trial verdict.

“We have to establish that government isn’t poisoned,” he said. “The name of the game is mobilizing how important the franchise and the whole democratic process is.” 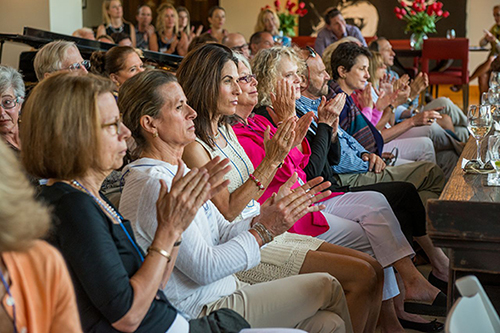 King’s letter has been a recurring theme in Aspen Institute programs this summer, beginning with Trustee Anna Deavere Smith’s dramatic oration of the letter at the 2013 Aspen Ideas Festival.

Fellows will gather for the final discussion reception of the summer on August 15th, titled “Democracy and Despots: Which Africa will Emerge?” The discussion will be moderated by Center for Strategic and International Studies senior associate Joel Barkan.

All discussion receptions are exclusive to the Society of Fellows. If you are interested in joining, please contact Peter Waanders at 970-544-7912.