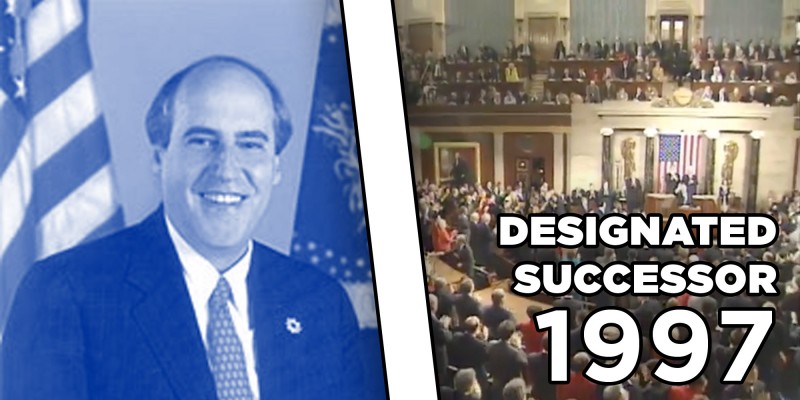 As the nation awaits to hear from President Barack Obama during tonight’s State of the Union (SOTU), former US Secretary of Agriculture and Congressional Program Executive Director Dan Glickman describes his experiences being the designated successor during President Bill Clinton’s 1997 State of the Union speech.

You can join in the SOTU conversation with us on Twitter @AspenInstitute, as we post background information and insights from our programs and public events on the president’s talking points.

During the president’s State of the Union speech, one Cabinet member is always purposefully absent — by custom — not just from the Capitol, but usually from Washington itself, in case of a terrorist attack or natural disaster. In case the president and the entire leadership team of the US are incapacitated, this Cabinet member is endowed with all the necessary elements of power usually entrusted to the president. On February 4, 1997, that Cabinet member was me.

When I was picked, I decided that I would use this as an opportunity to see my daughter, who lived in New York. For that evening, I got a true taste of the pomp and circumstance of being the president of the United States. As far as I have gone in my career, nothing came close to that. The Secret Service flew me to New York on an Air Force Gulfstream 3. I was accompanied by a medical doctor, the military officer carrying, I presume, the nuclear launch codes, and a host of other officials there for my protection. When I arrived at my daughter’s apartment it was in a caravan of three Secret Service armored cars. Needless to say the doorman at her apartment was nonplussed at all the commotion.

The moment the president leaves the Capitol, the mission to protect the failsafe cabinet member ends. So as my daughter and I walked out into the city to find dinner, my suddenly former entourage was returning to Washington, launch codes, private planes, and all.

My daughter and I enjoyed a nice dinner that evening at a local Japanese restaurant, but as we were paying the check the winds picked up and it began to rain heavily. I stood in the street with her for 10 minutes trying to hail a cab, with no success. Ultimately we hoofed it some 10 blocks back to her apartment. As I stood dripping wet in the entrance of her apartment building, I was struck by the incredible fall from grace I had experienced that night. To arrive in New York in a presidential motorcade and then be unable to hail a cab in the same evening was quite a comedown.

As funny as it was, it was also a lesson I never forgot. Power is fleeting; one moment you are on top and the next moment you aren’t. Everyone in life experiences ups and downs. The ability to continue believing in yourself is what gets you through. But for that one shining moment I was, in my mind at least, the most powerful man on earth.