Nothing could have prepared me for witnessing the fate of a young Nepalese woman being decided before my eyes by an immigration court in a privately run detention center. She represented herself through a translator against a Homeland Security (ICE) attorney and an immigration judge employed by the Department of Justice. Unlike her, I would be returning to the comforts of my home and my family. Unlike her, I would be afforded rights that she would not have access to in the justice system. The experience continues to haunt me in the weeks since.

As a participant in a program organized by Hispanics in Philanthropy (HIP), I traveled to the San Diego-Tijuana border to learn about the 2,000 to 3,000 children separated from their parents through an ill-conceived policy that has now been ended by executive order. I learned about the plight of thousands of children separated from their parents and caregivers, the hundreds of parents deported without their children, and the likely long-term impacts on those children resulting from the traumas they experienced. But I also learned about a much larger systemic problem resulting from decades of militarization of the southern border and criminalization of immigrants.

Separating children from their parents as a strategy to deter future immigrants is just the latest in decades of policies stretching back to the Carter administration, which were implemented and expanded upon by subsequent administrations of both political parties. Just yesterday, the Trump administration said that it is proposing new rules that would allow the government to detain migrant children for longer than the current legal limit of 20 days. These policies are meant to dissuade and punish migrants but aren’t necessarily any more effective in achieving their goals. Fences and walls built to keep people out also work to keep people in, or funnel them to the most dangerous and life-threatening crossing points. Criminalization has led to a new prison industrial complex in the form of immigration detention centers.

There were three options participants of the HIP-sponsored learning tour could partake in. One featured a trip to the Tijuana side of the border to meet with youth, many of them fleeing violence in Central America, and see some of the programs serving them. Another witnessed Operation Streamline, a form of assembly line “justice” newly implemented in San Diego, which criminalizes unauthorized crossings ostensibly to clear the backlog of cases. Unlike a normal criminal hearing where each person gets an individualized moment in court, in these as many as 30 defendants can go simultaneously in front of a judge avoiding consideration of an individual’s circumstances.  According to a lawyer for the ACLU of San Diego and Imperial Counties, about 99 percent of people prosecuted under Operation Streamline plead guilty, putting them on a path to deportation and blocking any future opportunity to return through legal channels.  Many of them do not know what the charges against them are or the consequences of a guilty plea.

The third option, the one that I participated in, was to sit in on bond hearings at the Otay Mesa Detention Center run by CoreCivics, a privately held and run ICE detention center. This is where I witnessed the bond hearing of the young Nepalese woman, who I learned was smuggled into the country. She was ultimate denied bond. I also witnessed the case of a young man brought here when he was just two years old by his parents and was now in his twenties and married to an American citizen, with whom he had two American-born children.  He was also denied bond.

The whole system seems geared to make it as difficult as possible for people to access the rights afforded them — and to dispense with their cases as quickly as possible.

Between 70 and 80 percent of detainees at Otay Mesa Detention Center face a hearing without representation, according to Kate Clark of Jewish Family Service San Diego. Having legal representation offers a five times greater chance of a detainee succeeding with their immigration case (including securing bond, proceeding with immigration case, getting out of detention, and receiving an immigration benefit). Securing bond significantly improves the odds of winning relief from deportation. Of those released on bond in 2015, 68 percent were ultimately allowed to stay in the US in 2015, according to the Immigrant Family Defense Fund. Among those who remained in detention, one third or less received deportation relief, even if they had legal representation.

I learned that no counsel is provided to individuals in immigration proceedings, except for in situations where mental competency is at issue. This includes children who may be forced to represent themselves. The Department of Justice in effect is providing a separate and unequal court system inside detention facilities run by private corporations. There is a shortage of lawyers to represent the inmates and a shortage of judges to hear the cases.  Adela Mendoza of the American Bar Association Immigration Justice Project has a staff of three to serve roughly 2,000 detainees, and the facility has plans to add another 500 beds.  She and her team must settle for providing trainings to large groups of detainees to help them understand their charges and represent themselves.

Between 70 and 80 percent of detainees at Otay Mesa Detention Center face a legal hearing with no representation.

New and current policies seem to prioritize removal over due process and resource prioritization over hearing potentially legitimate cases.  Immigration law judges no longer have the discretion that they once had to review each case on its merits and offer leniency as they deem appropriate. This is not including the bureaucratic and other hardships reported by service providers and those offering legal aid, such as moving detainees around from facility to facility —  sometimes hours from San Diego, other times to other states — make helping them extra challenging. The whole system seems geared to making it as difficult as possible for people to access the rights afforded them under current laws — and to dispense with their cases as quickly as possible.

At the airport on the way home I struggled to square the justice system that I witnessed with the one we commonly understand in this country. What I saw more closely resembles the justice systems in parts of Central America that are stacked against the defendants — the very countries many of those who arrive at our border are fleeing. The cost to our standing in the world as a model of free and fair democracy and a country of laws, as well as the cost to our national identity as a country of compassion, has yet to be calculated. But I suspect, like the internment of Japanese Americans after World War II, history will not look kindly on this period, or the decades leading up to its increasingly onerous policies meant to criminalize, punish, and expulse. If we are to maintain our moral compass as a nation, we must demand our leadership carry out the laws of the land in a more just and humane fashion. 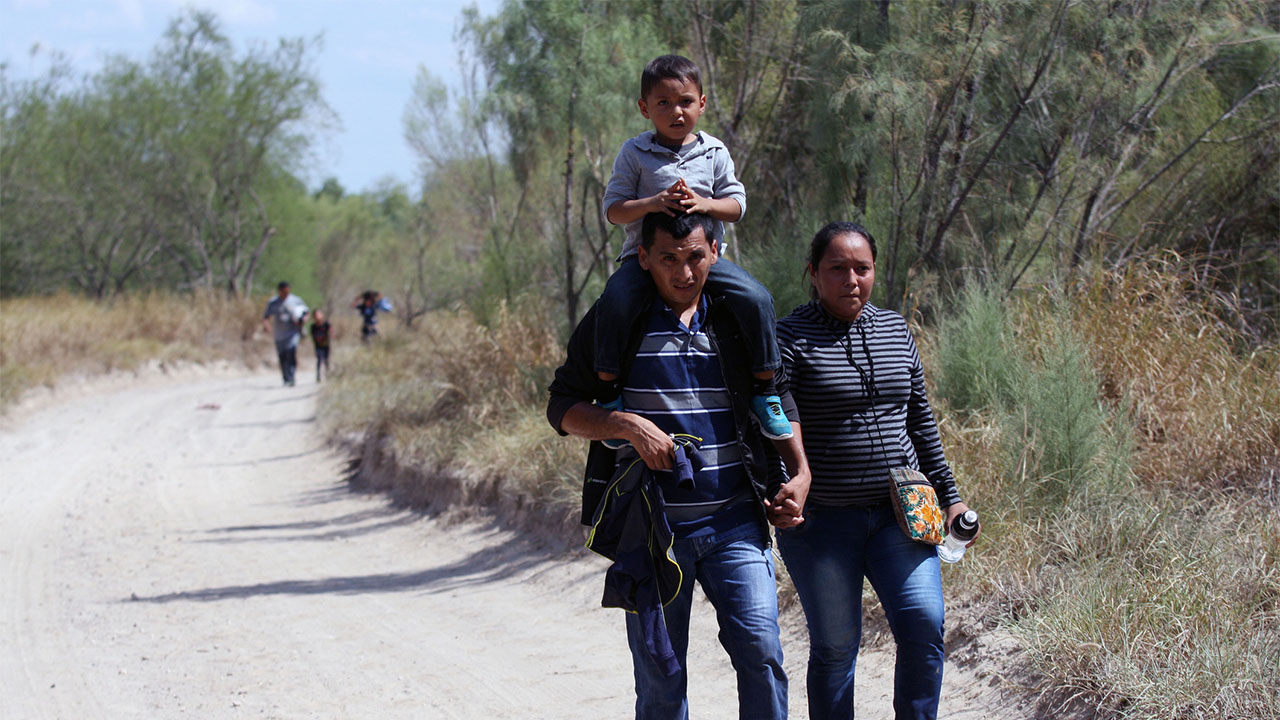