Over the past 75 years, the United States has tapped investment and innovation to lead the world out of myriad crises. America’s rise as a global leader after World War II was based in large part on leveraging the ocean as a platform for growth, power, and prosperity. The US led the creation of a new global maritime trading system, built a global navy to protect it, and launched a concerted–although far from sufficient–effort to explore and understand the marine environment.

Today, as the world faces a new and unprecedented economic crisis, America has the opportunity to lead once again, this time by bolstering the $3-6 trillion global ocean economy—one that, prior to the COVID-19 pandemic, was growing faster in the US than our national economy as a whole. This effort would align with global marine economic development and scientific efforts due to kick off next year under the UN Decade of Ocean Science.

Encouraging signs of ocean leadership are already emerging across the US government as bipartisan bills on ocean data and innovation, ocean exploration, ocean, and national security, and ocean pollution have either been signed into law or are moving through the legislative process. A strategy on mapping, exploring, and characterizing the US Exclusive Economic Zone was also released earlier this month that will promote activities essential for growing a sustainable maritime economy in the United States and abroad.

A new, holistic “Blue Economy” strategy focused on harnessing sustainable ocean commerce, environmental health, and ocean security is a natural next step for the US that should be coupled with the appointment of a White House czar to coordinate its implementation. Its focus should include offshore renewable energy, maritime transportation, sustainable fishing, and climate adaptation.

The energy sector will benefit tremendously from a shift toward promoting ocean renewable energy sources. Offshore wind power is a low life-cycle carbon emissions option that has proven commercially successful in other parts of the world and will drive technology innovation and job creation. According to the Bureau of Labor Statistics, “wind technician” will be the second-fastest-growing job in the United States through 2028. Additional technologies such as tidal and wave power, while still in development, can prove useful in particular for remote communities where traditional electricity is exponentially more expensive.

Also ripe for transformation is the maritime transportation sector, which includes 70,000 merchant ships that move 90 percent of all goods around the world. However, it also produces between two to three percent of global greenhouse gas emissions which in 2015 alone accounted for 60,000 deaths from air pollution. Transitioning to zero- and minimal-emission vessels will help the planet recover from climate change, save lives, and create jobs and economic development from new technologies and infrastructure.

America’s seafood industry, especially sustainable aquaculture, holds great promise as well and represents a future growth market globally. US fisheries and aquaculture are among the safest and most sustainable in the world, yet we continue to run alarming trade deficits in seafood, estimated at nearly $17 billion.  We should encourage continued responsible management of our commercial fisheries and growth in sustainable domestic aquaculture, to reduce our dependence on seafood from abroad that is often less safe and less sustainable. We can incentivize and market American seafood on a global scale as the safest and most sustainable on the planet. And we must partner with maritime allies to eradicate criminal and destructive fishery practices, which by some accounts is as high as $50 billion, including modern-day slavery, and drug and arms trafficking.

The strategy should include needed coastal climate adaptation measures. Tropical cyclones are among the most costly and deadly natural disasters. Since 1980, these events have caused $954.9 billion in economic losses and resulted in over 6,500 deaths. Building coastal resiliency against hurricanes and tropical storms will save lives and billions of dollars. A 2017 study by the National Oceanic and Atmospheric Administration found that every $1 spent on adapting to climate-caused weather events saves the country $6 in future disaster-related expenses. The return on investment is high considering that 40% of our citizens live in coastal areas, and globally, about half of the world’s population lives within 200 kilometers of a coastline. America must build resiliency at home, and work with allies and partners to protect vulnerable populations and coastal interests around the world.

The world must stand for a renewed commitment to the health of the ocean, which holds a rich diversity of species and associated ecosystems that are the basis for all other life on Earth, and as it has done so often in the past, America must lead the way. This means investing in an ocean data revolution that will allow new science and technology to explore, observe, monitor, predict, and surveil the ocean so that environmental and conservation objectives can be met for generations to come.

By committing to the blue economy as a pillar of America’s post-pandemic economic recovery, we can create certainty for the private sector and the scientific community that there will be a market for ocean-based innovation and research. This in turn will create prosperity and opportunity for all Americans and, by extension, our partners abroad. As we fight the fallout from the global COVID-19 pandemic, commitment to a bold new ocean agenda can help America once again seize a leadership role on the global stage.

Rear Admiral Jonathan W. White (USN, ret.) is a former Oceanographer of the Navy and the President and CEO of the Consortium for Ocean Leadership.

Johan Bergenas is Senior Director for Public Policy at Vulcan, Inc. where he covers environmental and technology issues. 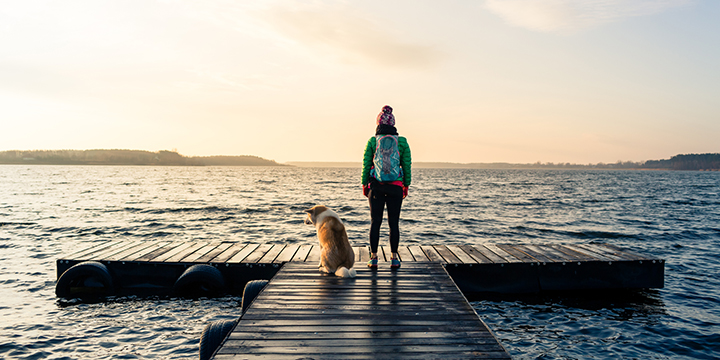 Public Health
In a Time of Stress and Social Distancing, Water Is Medicine