It is a relatively little-known fact that over two-thirds of the ocean, nearly half of the surface area of Earth, exists outside the auspices of any one country’s jurisdiction — typically 200 nautical miles from shore. In this global commons known as the High Seas, existing governance is focused mostly on sector-based regulations, such as for shipping, fishing, and seabed mining, and only include certain geographical areas. There is no coherent or integrated approach to managing the collective impacts of various stressors in this largest ecosystem of the Earth. Improved governance of the High Seas is critically important for various reasons, including in managing and mitigating the impacts of climate change.

The United Nations has taken on the challenge of addressing this gap in global-scale management of one of our planet’s most precious resources. In 2017, after more than a decade of studies and discussions among Member States and other stakeholders, the United Nations General Assembly recognized that our window of opportunity was closing to save the ocean ecosystems that are fundamental to sustaining humanity and biodiversity of the Earth, and it adopted a resolution, UNGA Res. 72/249, to host a multi-year intergovernmental conference for UN Member States to draft a legally binding international agreement, a High Seas Treaty focused on managing biodiversity beyond national jurisdiction

Earlier this month, the Member States concluded the second of four planned two-week negotiation sessions to address aspects of ocean governance that are fundamental to supporting life in the ocean and in turn sustaining life on Earth.

The High Seas Treaty focuses on four substantive elements for improved governance of the High Seas:

Each of these components is critical to ensuring that, as pressure mounts to expand industrial activity in the High Seas and as climate change accelerates ocean degradation, the world is equipped with the tools and mechanisms to protect these fragile ecosystems now and for future generations. In particular, science has shown that strongly or fully protected marine reserves are the most effective tool to foster protection and restoration of the ocean. Additionally, agreeing on the trigger and the process of comprehensive environmental impact assessments will provide the means of measuring the collective impact of multiple activities and preventing significant harm to marine biodiversity. These two elements have received significant attention from the non-governmental organizations that have engaged in the dialogue and contributed to Member States’ capacity to engage in negotiations, especially providing assistance to delegations that would otherwise lack sufficient resources to fully prepare.

However, pursuant to the mandate of the General Assembly, the so-called 2011 Package of the four main elements — area-based management tools, environmental impact assessments, marine genetic resources, and capacity building and technology transfer — are to be treated as “together and as a whole.” Which means that all four elements have equal weight in their importance, and lack of agreement on any one of the elements will cause the negotiations to fail. Thus, equal progress in the negotiations is needed for all four elements.

It is clear that one topic in particular requires additional attention due to the complexity and the deeply political nature of the discussions: access and benefit sharing of marine genetic resources.

Therefore, progress on the other topics is critical, and following the conclusion of the most recent session, it is clear that one topic in particular requires additional attention due to the complexity and the deeply political nature of the discussions: access and benefit sharing of marine genetic resources. As the remote and deep ocean remains largely unexplored and poorly understood, scientists know that there are innumerable undiscovered species dwelling in the High Seas. Because the ocean is a global commons, these resources belong to everyone, not just to those countries with the capacity to invest in exploration and discovery. And they can be incredibly valuable. Marine genetic resources have been used to foster scientific research as well as commercial development, such as in pharmaceuticals, that could significantly contribute to the wellbeing of all. Access to these resources and sharing of benefits arising from their use are critically important to ensure equity, fairness, and opportunity to raise standards of living worldwide. Fostering robust scientific research is also critical for all countries, so any agreement on access and benefit sharing must ensure that scientific research is not hindered.

The High Seas Treaty represents an opportunity to provide a new governance model with legal clarity on access and benefit sharing of marine genetic resources, including consideration for traditional knowledge and oversight of collection of these resources in the High Seas. Some also envision it as the foundation on which to build a platform for a global information system to foster the sharing of data, technology transfer, and funding to support its implementation. In addition, the High Seas Treaty could provide a global protocol for collection and sharing of data, monitoring and enforcement, and incentives for a broad range of stakeholders including the private sector to actively participate in these benefit sharing models.

Furthermore, there has been insufficient attention paid to the question of how to adequately fund the operational aspects in the implementation of the treaty. These include funding the work of the Secretariat, as well as some substantive aspects of the new treaty, such as requirements on capacity building and technology transfer. Exploring possible financial mechanisms that will be acceptable to Member States and that will enable effective implementation of the treaty is critically important, and it will be one of the key factors in the Member States’ decision to sign on to the new treaty.

Pursuant to UNGA Res. 72/249, the General Assembly’s mandate is to complete the negotiations to develop the High Seas Treaty “as soon as possible,” and it sets an initial four sessions of the IGC scheduled for completion in the first half of 2020. To move the negotiations forward, for the third session of the IGC that will take place in August 2019, the IGC President will issue a “revised document” that may resemble a draft treaty text no later than July 25, 2019.

There are only 150 days between the end of the last negotiating session and the beginning of the next—time that will include summer vacations for many delegates. Further complicating an already truncated work period, there are numerous other UN meetings and ocean-related convenings that will require the presence and attention of many of the same delegates who lead their countries’ negotiations on the High Seas Treaty. This will challenge many delegations to be well prepared for the text-based negotiations that will take place this August, especially the developing countries with acute resource restrictions.

As such, informal intersessional work outside of the UN will be critically important. Civil society is in a unique position to provide neutral venues where the delegates and stakeholders can exchange ideas in their personal capacity that will then inform the official delegation positions. Civil society could also provide technical resources that would enhance the knowledge of delegations, including in areas of science, traditional knowledge, policy, and law. The dialogue and resource availability prior to the August session will feed into designing a treaty that will withstand the test of time to protect the largest ecosystem of the Earth for current and future generations.

For as many countries as possible to agree to sign on to a robust High Seas Treaty, high ambition and strong political will must come together to inspire governments to think and act beyond their national interests. As they embark on the next steps, it is our hope that they listen to what our ocean is trying to tell us, through scientists, traditional knowledge holders, and those who witness and experience the destructive and unprecedented changes taking place in our ocean. This treaty is a once in a lifetime opportunity for the world to fashion our political laws to respect the laws of nature so we can thrive on our interconnected planet, and leave no one behind.

Hiroko Muraki Gottlieb, Esq. is the Representative for the Ocean and the Head of Delegation to the IGC for the International Council of Environmental Law, and an Associate of the Department of Organismic and Evolutionary Biology at Harvard University. 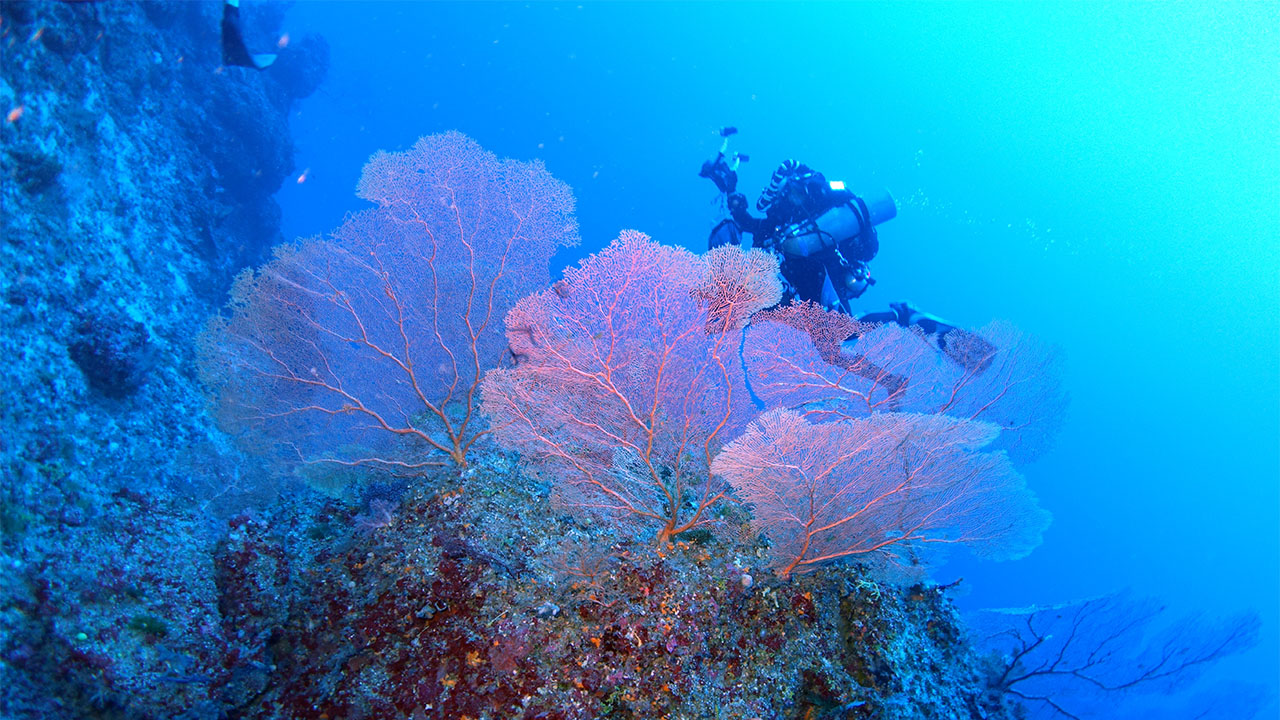 The Environment
To Promote Our Blue Economy, First Do No Harm