Kati Marton is a best-selling author, journalist, and human rights advocate. She will speak as part of the Seismic Shifts track at the Aspen Ideas Festival. Below, she talks about her latest project: a biography on Angela Merkel.

You’re working on a biography about Angela Merkel. Why did you decide to write about the German Chancellor?

Chancellor Merkel is by any measure the most powerful woman leader in the world today— possibly the most powerful leader of either gender. How is it that a woman was able to gain this position and hold it for 13 years (with four more to go) when we have been so singularly unable in our country to break that final glass ceiling? I am writing a book for American readers and will highlight, not the inner workings of German politics, but her human story, her extraordinary journey from an East German laboratory where she was working as a quantum chemist to a spectacular late-ish in life political career.

Merkel’s policy toward refugees is controversial. She’s allowed hundreds of thousands of Syrians and other refugees to take refuge in Germany. What drove her to take this bold action?

Merkel’s refugee policy is one of the reasons I am writing this book. She has welcomed a million largely Middle Eastern refugees into Germany and their assimilation into a previously homogeneous society is her greatest challenge now. Germany has now replaced the United States as the primary sanctuary for the earth’s most desperate. How did the former Third Reich become the moral center of the world? Merkel can take a large measure of credit, but the hard work of confronting the past began much earlier. No other European country has dealt so honestly with its darkest chapter. The result is a Germany that is remarkably open, tolerant, and the model for the rest of the world — America included — to follow. Merkel’s own character and deep Christian values (instilled by her pastor father) played a significant role in this astonishingly generous policy shift.

What is Merkel’s secret to success in the male-dominated world of politics?

Merkel’s secret is precisely what I’m trying to decode. Her extraordinarily low-key style of governing, an almost deliberately boring style of speaking, is backed up by a phenomenal intelligence, and breathtaking preparation and hard work. She is the opposite of a showman. Every step of the way she has been underestimated by blowhard male rival politicians. Her rigorous training as a scientist has been good preparation for the job. Ironically, her inbred East Block fear of surveillance has also given her a sense of how to achieve privacy under blazing media attention. A reluctant feminist, she has never run as a woman politician and yet, of course, it’s obvious that is who she is. American women have so much to learn from her.

There’s no question that my background under Soviet rule and the jailing of my Hungarian journalist parents when I was a small child has prepared me well to help me understand the great journey that Merkel made at 35, from East to West. I have tremendous appreciation and sympathy for her need to reinvent herself in a very different culture— as my family and I have had to do.

In addition to writing, you’re also a human rights advocate. Part of your service is sitting on the board of the Committee to Protect Journalists. What kinds of threats do journalists face today, and where are they most at risk?

The threats against journalists worldwide are rising. The notion that journalists — as in my parents’ day — are Enemies of the People in the eyes of authoritarian government makes reporters fair game in countries from Turkey, Russia, Poland, Hungary, and now, the United States itself. Calling news “fake news” — demeans and endangers reporters who work very hard to get at the truth. Indeed the whole notion that truth is no longer truth, but just a matter of your opinion against mine, endangers the profession. This is one reason I led a recent CPJ mission to the European Union headquarters in Brussels. Countries such as Russia, Poland, Hungary, and others are reverting to their totalitarian roots in eliminating independent media, the dictators’ first step in amassing all power. It’s a very dangerous moment here and in Europe, with Washington no longer backing up democratic values which it traditionally stood for.

What are you hoping to learn at the Aspen Ideas Festival?

I’m very excited to have my mind stretched and my horizons widened by the great minds that will gather in this spectacular setting. I can’t wait to meet the other speakers and to learn from them.

The views and opinions of the author are her own and do not necessarily reflect those of the Aspen Institute. This post originally appeared on the Aspen Ideas Festival site. 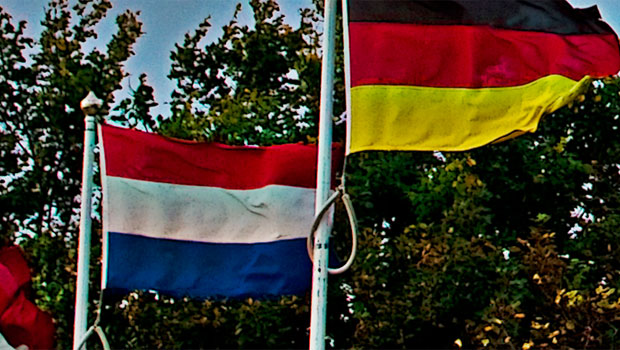 Europe and Russia
Looking After the European Union

Of Interest
New updates to the UpSkilling…
Next Post