President Donald Trump’s State of the Union Speech, as well as Stacey Abram’s response, clearly show that our leading parties are emphasizing economic issues. An honest diagnosis of the state of the nation’s economy delivers a decidedly mixed verdict.

Many are benefiting from the growing number of jobs and low unemployment rates, but there are too many groups and places that are being left out. Even in this robust recovery, 62 percent of jobs pay under $20 and hour and 14 percent pay under $10 an hour, less than what’s required to afford housing for a family in much of the country. Many workers also face uncertainty from high turnover and diminished job security, declining benefits, and varying schedules. Insecurity affects far too many, as 40 percent of households would be unable to handle an unexpected bill of $400. Economic anxiety remains rampant, as the latest Gallup tracking poll shows that 72 percent of Americans are dissatisfied with the way things are going in their country. And all this economic insecurity is happening in the midst of some of the lowest unemployment rates we’ve seen in the last 50 years.

Politicians need to be clear on the problem, because a singular focus on creating more jobs has not been the answer. To turn this around, we need concentrated attention and practical action on extending opportunity through boosting job quality.

The economic focus on both sides of the aisle in Washington reflects the public demand for putting the country on a better track. We hope that calls for bipartisan comity and comprise at the federal level yield key legislative action and policy progress. We are not, however, optimistic about federal action as too many leaders on all sides seem to be positioning themselves on the issues rather than really tackling the hard work of change.

Observers from the right and left largely agree on a key reason for federal paralysis. Conservative Tucker Carlson recently said on his show “our leaders don’t care. We are ruled by mercenaries who feel no long-term obligation to the people they rule…. They can’t solve our problems. They don’t even bother to understand our problems.” Dean Baker, co-founder of the left-leaning Center for Economic and Policy Research, offered a parallel assessment, “the leadership of both parties has largely embraced an agenda that serves the rich with little concern for the average worker.”

But state and local governments can lead the way. There’s already been lots of action on key job quality issues and the real prospect of more to come. Voters in two conservative states passed referenda in November 2018 to raise the minimum wage and six other states either approved Medicaid expansions or elected officials who promised to do so. A total of 20 states increased their minimum wages on January 1 of this year, the result of years of efforts to address the plight of low-wage workers.

In statehouses and city halls, many leaders from different perspectives see these trends and can respond with ideas to address the economic security concerns of their constituents. We offer five potential places to start:

Working American should be able to cover their bills. Wage and hour regulations were meant to ensure that hard work could lead to a decent living. But federal law has languished unchanged for nearly a decade. The best prospects right now for change are at the state and local level to ensure meaningful minimum wages and overtime rules that discourage overwork. And we should also make sure that workers have what they need to live a secure life, including health insurance and retirement. The increasing costs of child care create an additional challenge, especially when it often takes two full-time incomes just for a household to make ends meet. Governments should work with businesses to develop benefits models that cover all of these needs and extend them to workers who might not qualify for company-sponsored plans. Solutions may vary, and some states have charted paths through minimum wages, paid family leave, and open retirement plans that others can emulate. Expanded access to public benefits for quality health care and child care can help to bridge the gap for many workers who do not have access to either through their employers.

While the federal level needs to maintain and expand its funding for the education, training, and workforce development system, the real action is more local where there is the capacity and flexibility to change and innovate to meet new opportunities and challenges. Everyone agrees that work is changing—but how it will look in the future remains unknown, as do the skills and abilities working people will need to succeed in that future of work. To build a system that is responsive to changing needs, information must be shared quickly, and that can only happen if those looking for new talent are part and parcel of the system of talent development. College or general workforce development programs play a role, but business engagement and specificity about what skills are needed is essential. While businesses continue to decry a skills gap, recent studies have found that more than 40 percent of recent college graduates have jobs that do not require a degree. An ever-increasing number of degree holders doesn’t seem to be addressing the issue, even as far too many young people face years of struggle to repay college debt.

We need models that respect workers’ time, giving them the skills they need to do the work without requiring them to invest the time and money required for a four-year degree. Models that respect on-the-job learning and include an earn-and-learn component are well-positioned to adapt quickly to changing skill needs while addressing workers’ current income needs. But these approaches require new partnerships between business and education and training organizations and support from federal policy. A shared investment model, where businesses provide practical experience, mentoring, and professional networks in partnership with government agencies, educational institutions, and nonprofits that find, place, and support workers, can help meet their needs and provide clear pathways toward good jobs. We have shared successful models from across the country of local partnerships that help businesses train workers that can serve as blueprints for other communities to build off.

Historically, collective action has been a powerful tool for working people to improve their working conditions and to demand respect. In recent decades, however, institutions that support collective action and represent the voice of workers, namely labor unions, have been in decline, and this decline is strongly associated with the rise of wage stagnation. Legislators should recognize the important role that collective action and collective bargaining played in the creation of good jobs and the growth of the middle class and should work to protect the rights of workers to organize and bargain collectively. This can be done, either through conventional unions, or potentially through laws that would permit new models, such as sectoral bargaining. Restoring worker voice will be critical to restoring the dignity of work and faith in the American Dream.

An imbalance of power forces workers to accept unfair contracts – including noncompete clauses and mandatory arbitration agreements – that are especially damaging for low-wage workers and have been shown to limit workers’ lifetime earnings. At a time when the #MeToo movement showed that real progress can be made when enough light is shined on bad practice, we should not allow mandatory arbitration as the path to resuming the practice of concealment and denial. Except in the case of senior-level employees or those with access to true trade secrets, noncompete contracts are not only unnecessary, they limit the ability of workers to move to better jobs and thus limit the efficiency and productivity of the labor force overall. To protect workers’ health and safety, promote access to economic opportunity for working people, and facilitate efficient labor markets, these contracts should be severely limited.

The “silver tsunami” of retiring Baby Boomers means that millions of small business owners will be looking to sell or close up shop, putting their employees’ jobs at risk. Making it easier for these owners to sell their businesses to employees helps protect jobs, create wealth for workers, and creates a path to retirement for owners. Research has shown that employee ownership is linked with better firm performance, more stable and higher quality jobs, and benefits for society as a whole. The Main Street Employee Ownership Act, which was enacted last year, is a start, but it needs to be implemented properly if it is to succeed. Also, as Opportunity Zone funds begin to make investments, this influx of money into some of our most distressed communities, both rural and urban, could create new opportunities for employee ownership; leaders in these communities should encourage investors to consider ways to support it. Again, some states have been innovating to address this opportunity, and more states and local governments should find ways to support employee ownership to help keep jobs and wealth in their communities.

Improving job quality nationwide is a long road, but it is an essential ingredient to strengthening our union. As a country, we are divided—politically and economically. These divides deepen along lines of race, class, gender and geography. We need our values around hard work as the path to the American Dream to better align with people’s lived experience.

These five steps offer a start to address some of the major challenges that American workers face and could be the first steps to addressing the economic divides that are fracturing American society.

Our leaders clearly recognize the need for new policies to address the economic struggles of workers; we cannot afford for past politics to keep leaders at all levels from rising to meet this present challenge.

Tweet Our leaders clearly recognize the need for new policies to address the economic struggles of workers. Now they must rise to meet this challenge.

Tweet Improving job quality nationwide is a long road, but it is an essential ingredient to strengthening our union.

Tweet Even in this robust recovery, many workers face economic insecurity. Creating more jobs has not been the answer to this problem. Instead we need concentrated attention and practical action on boosting job quality. 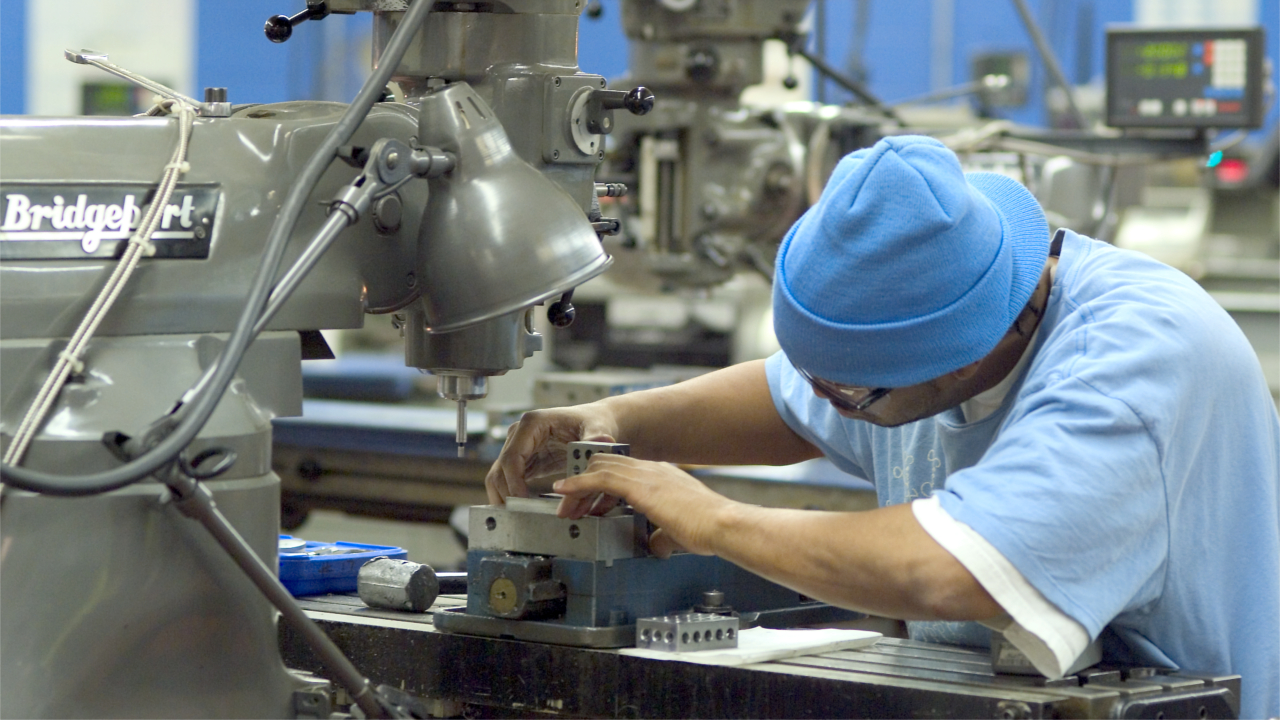