In the midst of the vitriol in Washington this week, a group of campus leaders from a diverse set of colleges and universities came together at the Aspen Institute to discuss a counter-cultural topic – building bridges across difference. Convened by Interfaith Youth Core and the Inclusive America Project, representatives from 14 campuses launched an 18-month program titled Courageous Pluralism, designed to leverage religious identity as a strength to combat polarization.

Unfortunately, the very fact of our increased diversity may be fueling our deep divisions.  Robert Putnam’s research has illustrated that diversity, left unengaged, can contribute to social isolation, distrust, and division.  Our country’s demographic changes around religious diversity – the decline in Christianity, the rise in the “unaffiliated,” the growth of minority religious communities – can also play a role in these trends.  However, Putnam’s research also shows that proactively engaging religious diversity, including building relationships across diverse lines, strengthens social cohesion and ultimately creates a stronger democratic whole.

Courageous Pluralism gathers a cohort of campus leaders who are developing initiatives meant to strengthen civic life. One of the unique features of this program is that participating campuses are paired with unlikely collaborators – connecting progressive liberal arts colleges with confessional evangelical schools, for example – which allows for bridge-building efforts within and across diverse communities.  From teaching interfaith courses to implementing leadership training and dialogue groups, these institutional leaders are developing educational interventions designed to bring students together across lines of difference and equip those students to continue to bridge differences into the future. The program is also anchored by a bridge-building philanthropic partnership between the Fetzer Institute and the Charles Koch Foundation.

One key insight from the convening was the need for deeper skills around engaging differences. One educator commented, “Our students come in believing in the importance of diversity…they often don’t think of engaging diversity as a skill, rather than just an idea.”  The skills of storytelling, deep listening, and relationship-building were just a few of the key needs identified by presenters and participants. Another leader responded, “I firmly believe that these skills are undertaught in our educational system.”

Oberlin College and Spring Arbor College, each vibrant but quite culturally distinct institutions, recently completed a January-term course which included students from both institutions with intentional opportunities to build relationships across very diverse populations.  Simon Greer, the external advisor serving as project lead, presented on their joint project and shared that both student communities had anxieties about participating but ultimately came away deeply committed to the work. He particularly emphasized the importance of helping people understand that nobody is diminished by listening to other people – you do not have to give up what you believe to engage with others. The Oberlin and Spring Arbor collaboration was also supported by the Arthur Vining Davis Foundations.

Aspen Institute President Dan Porterfield also spoke at the event and expressed confidence in the possibility of this program: “Interfaith work on college campuses is a great example of how to make progress toward this goal by cultivating in students the critical skill sets and experiences they need to thrive in a religiously diverse world.” Each campus has a set of efforts they plan to move forward within their own campus community even as they work alongside a culturally distinct pair.  This type of engagement has the possibility to tell a different story about division in America – a story that shines a light on the people committed to working across divides, despite the difficulty.

Religion has certainly played a historical role in driving Americans apart.  But as Eboo Patel, founder and president of Interfaith Youth Core, consistently reminds us, it is also one of the facets of identity that the American Founders got right, providing us a source of great strength as a nation.

As one campus leader shared during the closing moments of the gathering, “This is the most important work I’ve done in my life.”

Mary Ellen is a senior director at Interfaith Youth Core, where she works to advance innovative programs and strategic partnerships. She is a frequent partner and collaborator of the Inclusive America Project.

The Inclusive America Project is committed to advancing a thriving U.S. Religious Pluralism and believes an important step to achieving this goal is sharing diverse voices and ideas across our platforms. In this spirit, we are pleased to publish blogs written by external authors working in and around the space.

The views and opinions expressed in this blog do not necessarily reflect those of the Aspen Institute. 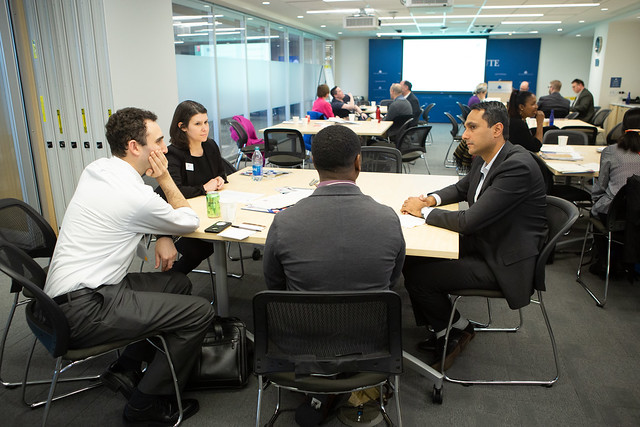