Fifteen years after 9/11, the US government faces a scarier, more diverse, and more complex set of geopolitical threats than ever before, the Trump administration’s top homeland security officials said during the opening sessions of the annual Aspen Security Forum.

Both Homeland Security Secretary John Kelly and White House Homeland Security Advisor Thomas Bossert said they were surprised in recent months to grasp just how much the threat landscape had changed in recent years, including public health pandemics and the rise of new, determined terrorist groups.

Even though their jobs both include the word “Homeland,” Kelly and Bossert underscored repeatedly the extent to which their jobs are intimately connected to the geopolitical situation around the world — whether it’s the security technology inside foreign nations’ passports, the effectiveness of international databases, or the interconnectedness of global trade and travel.

Kelly said that when he was asked to take his current position, President Trump said, “I’d like you take the hardest, and what I consider to be the toughest job in the federal government,” and that his first six months in office have underscored how true that statement was, from border security to terrorism.

In conversation Wednesday night with NBC News justice correspondent Pete Williams, Kelly highlighted this spring’s intelligence warnings that led to bans on large electronics aboard the passenger cabins of planes flying from the Middle East. It was only the latest chapter, Kelly said, in a decades-long cat-and-mouse game between allied intelligence agencies and terrorists focused on attacking the aviation sector. “People should understand that there are people who work very hard, long and hard, to knock down an airplane in flight,” Kelly said. “Ideally they like to knock down a US airplane in flight on the way to the United States — that’s the Stanley Cup, the World Series, if you will.”

This spring’s threat — now largely mitigated, Kelly said — focused on a small amount of explosives potentially hidden inside electronics like laptops. The amount of explosives was so small, he said, that he was initially dubious it was enough to cause catastrophic damage to an airliner, but government tests aboard a pressurized aircraft on the ground clearly demonstrated the fatal outcome of the new threat. “Having been around explosions all my life, the device, as it was described to me, had an amount of explosive on it that I just did not believe could destroy an airplane in flight,” he said. “To say the least it destroyed the airplane.”

But the international response to the threat, he said, points to how counterterrorism efforts succeed: TSA and the US intelligence community worked to identify and deploy new technology that could fill in the existing screening blind-spot the bombmakers hoped to exploit, beginning a years-long shift around the world from traditional x-ray screening technology to embracing the CT technology long used in medical procedures and to screen checked luggage. That new technology will help make all of the world’s airports safer, he said. “We could actually use this crisis as a way to raise globally aviation security,” he explained.

Many holes still remain in the global security net, he said, including better screening at land border crossing and an international push to strengthen identity standards related to passports. “There are many countries in the world that have substandard passports,” Kelly said. “We have to raise this on a worldwide basis.”

Bossert, during his conversation Thursday morning with New York Times reporter David Sanger, said such measures were critical in part because of how fluid the terrorist was in modern times. He said he remained deeply concerned about “ISIS 2.0,” and the extent to which countries around the world — including those in western Europe — continue to struggle to confront the scale of the threat.

“I think our counterterrorism efforts haven’t worked,” Bossert said, explaining that while prior efforts have been tactically successful in preventing attacks, the larger structural problem of terrorism remains and, if anything, continues to grow. “We haven’t fundamentally nipped at the root,” he said.

Our government was designed by the Founders to be fairly slow, but this is ridiculous

He also expressed his frustration that the legal landscape around handling terrorists remains unsettled — and said he only sees few viable options for neutralizing suspected terrorists overseas: Killing them, capturing them and detaining them for brief windows, or handing them over to other nations with dubious human rights records. (He pointedly did not include the possibility of trying suspected terrorists in traditional Article III US courts.) Instead, he suggested that the US continues to need a facility like Guantanamo that can hold suspected terrorists for long periods. “I would prefer that we have a way to house enemy combatants,” he said. “We have to keep options open.”

More broadly, Bossert, who served in the George W. Bush White House in the early years following 9/11, said that the threats he confronts in the job today are more broad than before. One threats that most worries him is a public health pandemic or biological incident like an anthrax attack, he explained, pointing to recent reports that a Canadian scientist had created synthetic horsepox to explain how a skilled individual or terrorist group could weaponize viruses. “That scares me to death,” he said.

Meanwhile, echoing a theme heard from around government in recent years including by then-Director of National Intelligence James Clapper last summer about the paralysis political dysfunction was inflicting upon the work of government, Kelly also repeatedly expressed frustration with Congress — especially how fragmented the oversight and input is of his sprawling department.

Whereas in the Marines, Kelly said he was responsible only to four congressional committees, the various components of DHS are overseen by 120 committees and subcommittees — leading to dissonant commands where one committee, Kelly says, will instruct DHS “you better” while another says “don’t you dare.” Congress also is belatedly taking up only this week a formal reauthorization of DHS that will clarify its roles and responsibilities, yet still falls short of the clarifications suggested by the 9/11 Commission more than a decade ago. “Our government was designed by the Founders to be fairly slow, but this is ridiculous,” he said. 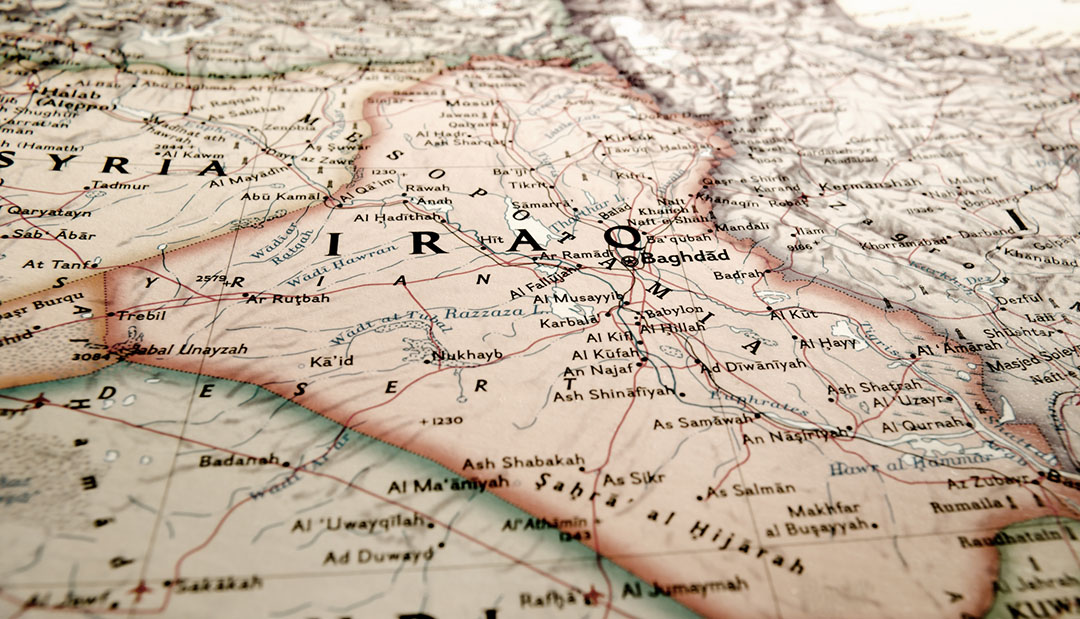 National Security
The Islamic State Is Not Dead Yet