Gil Perkins, doing business as Sage Salvo, is the founder and president of Words Liive, LLC.  Words Liive uses a patented literary algorithm to deliver a teaching methodology called C.G.I. (Contemporary Grammar Integration) to school systems in an effort to elevate literacy rates.  In 2017, Sage was named a Clinton Global Initiative – University Fellow, a Camelback Ventures Fellow, a  4.0 Schools Fellow, and was selected for the Venture Incubation Program at Harvard Innovation Lab.

Jennifer Bradley:   What are the values that guide your work?

Sage Salvo:  Our overarching value has been that kids should bring their whole selves to the classroom.  This is an idea that has traditionally been at odds with the school system.  We tell them to take their headphones off when they come to class.  Put their phones away.  Put any non-academic and classroom materials away.  We don’t really fully appreciate where they’re coming from, what happened in the morning, what happened en route to school, what’s going on at home.  We ask them to check all that at the door, and then come ready to class attentive, prepared, and somehow engaged. That model has a ton of flaws.  There’s no social and emotional piece to it.  Maybe you got chased to school that day.  We don’t speak about that.  Maybe you didn’t sleep or eat last night, or had breakfast before you came.  So there’s a ton of things that you bring with yourself into the classroom.

And then there are the things that you’re genuinely interested in, like what music do you listen to at home?  What television shows do you watch?  What movies do you watch?  And to ask kids to check all of those things at the door, I think, significantly hampers their ability to fully engage and ultimately absorb new information to learn.

So one of our guiding principles has been to be responsive.  To be responsive is to literally listen to them, and to listen to what they’re listening to, and to find the ways to integrate that into the lessons.  We are treating kids like they have value and they have something of value that will contribute to their education, allowing them to be a bit more fully themselves while they’re engaged in the learning process.  So that’s our overarching value right there.  Responsiveness, and allowing them to come to the classroom as a full person.

JB:  Has there ever been a time when your values have been in conflict, and if so, how did you resolve that?

SS:  I would say all the time for us.  With music, some artists will be angry and rebelling against the system.  Some will be critiquing a system.  Some will have an emotional expression.  And so kids may want to hear certain artists and certain music, and the teachers or the parents, or us, we’re like, “No, this is just not going to happen [in the classroom].”

Your values become a compass. As a start-up founder, and anyone in a small business arena, you’re pulled in so many directions. You have so many competing interests, you need to make so many decisions. I think it’s easy to lose balance and lose direction.

Recently, there was a freestyle [rap] that went viral.  The level of content that is integrated into the freestyle is at such a depth that it’s just awe-inspiring.  People said it was the greatest freestyle performance in music history, and hip hop history.  But we have this platform that has a safety check for profane language, and we don’t yet have any clean versions of this performance.  We decided, for this one instance, we will put up a disclaimer, and this disclaimer is plastered all over, saying that this one song is not available in a clean format, and we’ve cleaned up the lyrics that we display.  But the actual video from freestyling, the clean version just doesn’t exist, so we just plastered it with these disclaimers and said, “Okay, we’re going to see how this goes.”

JB:  What do you think is the purpose of having values as an organization?

SS:  Your values become a compass.  As a start-up founder, and anyone in a small business arena, you’re pulled in so many directions.  You have so many competing interests, you need to make so many decisions.  I think it’s easy to lose balance and lose direction.

There have been many times where we’ve thought about a new feature, or a new program, and it didn’t quite align, so we just put it in the back of the mind.  You have to do that if you’re going to stay true to your values.  For us it’s all about direction, keeps us sane.

JB:  Can you tell us other times, or other instances where your organizational values guided you through a difficult decision?

SS:  We do programming, and we have a digital platform.  A school district wanted to use our app without any of our programming.  It felt strange.  We told them, “Okay, well there’s at least a session we like to do with teachers.”  A lot of this work is enabling classrooms, and enabling teachers to listen to their students, again, this whole idea about being responsive.  If it’s just us giving you an app, then we’re not hearing from the students, it’s not responsive.  And I was like, “Let’s do a program,” and they’re like, “No, we don’t want programs.”  I said, “All right, let’s do a professional development session, training teachers.”  They responded, “No, we don’t need that.  Just the app.”

JB:  How do you hold yourself accountable to your values?

I’m going to stick to this belief that we’ll ultimately do better if we stick to our values, and that allows us to navigate those fuzzy or conflicting areas.

JB:  Is there anything else you want to say about values?

SS:  Something I’ve been thinking about a lot lately and have been having conversations around is the way that your values affect every aspect of the business.  Our values inform the way we talk to investors, and the way we talk to parents and other stakeholders.  It’s interesting when you look at what a business needs to succeed.  You need people, so you’ve got to hire the right people.  So then how does your value system inform your hiring process?  How does my value system inform who I take money from?  What wealth accumulation process do I become a part of?  It’s not just the values that we express to our clients and the schools, but I think it really informs every aspect of what we have to do to be a continuing business.

And that’s tough because that then also means there’s going to be some other conflicts that come up. You need to hire great people, but what happens when the smartest, most decorated resume doesn’t really exhibit the value of the team and the value of the culture?  Your values can both inform your decision-making and set up and create some conflicts that you need to navigate through as well.

I’ve been able to get this far by sticking to a principle that ultimately we’re going to do better if we stick to these values.  Even though in the short term it may seem like we’ll have some gains if we deviate, I’m sticking to my guns here and saying that all aspects of the company and of the business would be better served if we lead with our values.

This interview has been condensed and edited for clarity. 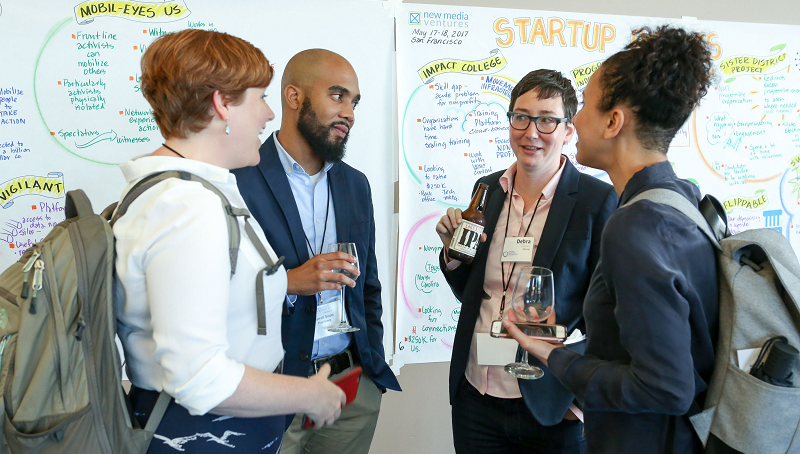 Urban Innovation
‘There Are Things that We Can Actively Do To Address the Issue of Inclusion.’