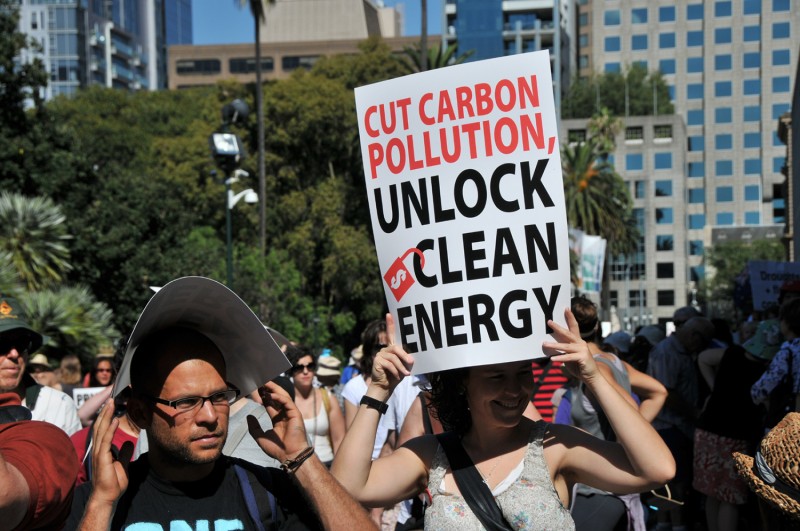 The Lima climate change talks drew to a close this weekend with a last-minute agreement on how countries should tackle climate change. While not comprehensive, the compromise may serve as a first step for next year’s critical negotiations in Paris.

Many have pointed to the earlier bilateral deal between the US and China as a key factor in bolstering optimism throughout the Lima talks. For more context, we spoke with Jianyu Zhang, a member of the Aspen Institute China Fellowship Program and managing director of the China Program for the Environmental Defense Fund (EDF). Fresh from the talks in Lima, he explains how he is seeing the bilateral commitment to cut emissions between the US and China breathe new life into international climate negotiations, and gave us an insider view on Chinese public opinion on the issue.

Aspen Idea: How significant is the US-China bilateral climate change deal for China? 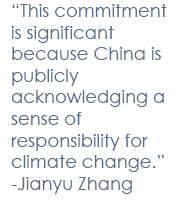 Jianyu Zhang: This is very significant on several fronts; this deal represents a big shift in the way China sees itself internationally. In terms of environmental responsibility, China has always asserted that it is a developing country rather than a developed country. The very fact that China has committed to a cap on emissions really shows that China has started to move itself up out of the bracket of the developing countries. This is really significant as a reflection of China’s position not just for climate change, but for many international issues because this has to be consistent. China is formally acknowledging its presence as a non-developing country. This commitment is significant because China is publicly acknowledging a sense of responsibility for climate change.

Domestically, there are many Chinese people who have a theory that climate change is really an attempt to slow down the economic growth of China. So, I think that the fact that China has even made a commitment that emissions will level off by 2030 means that China has acknowledged that the industrialization process will be largely completed by then and acknowledges that economic growth in this sector will slow.

AI: China is experiencing rapid growth in its urban areas. Do you see this trend as a net positive for curbing emissions?

JZ: Generally, I think this can be positive, but it will require significant investment in other forms of energy (wind, nuclear, solar) and this is a daunting task.

There is also an issue of equity. Right now we are seeing the coastal areas of the country become more stringent about environmental regulations, which is causing some industries to move towards the middle and western parts of the country. It raises a lot of questions. Are you going to subject people in central and western China to the same sort of environmental requirements as people in the east? I think this will raise a lot of questions about what is fair.

AI: What is Chinese public opinion on the bilateral deal?

JZ: This decision was made by China’s leadership but probably not in full consultation with industries and the general public. The initial response has been favorable, because people are looking forward to having cleaner air and water. However, I’m not sure that people are fully aware of the costs they will have to pay at the individual level.

The status right now is still a “wait and see” process to see what exactly government is going to do with this and how the industry will cope with this. My prediction is that this is still going to be a very challenging process.

AI: What do you hope to see coming out of the Paris negotiations next year?

JZ: I am very confident and positive that a global deal will be made in Paris. The US-China bilateral agreement has really injected a very positive element into the dialogue. Also, I have seen analysis that shows that even with commitments from the three largest economies (China, Europe, and the US) we won’t be able to reach a target without the participation of developing countries.

I think it’s important to keep in mind that the purpose of doing these sort of talks is not just to negotiate about the responsibility of individual countries, it is about coming together to solve climate change on a global level.

Among current leaders, there is a tendency to want to get an agreement done because it helps their public image. It’s important that this is paired with a real plan to meet the targets within their countries. I hope that each country comes to Paris not just ready to negotiate, but armed with a plan of how to implement an agreement at home. We need to get moving on this issue now if we are going to have a chance of stemming climate change.