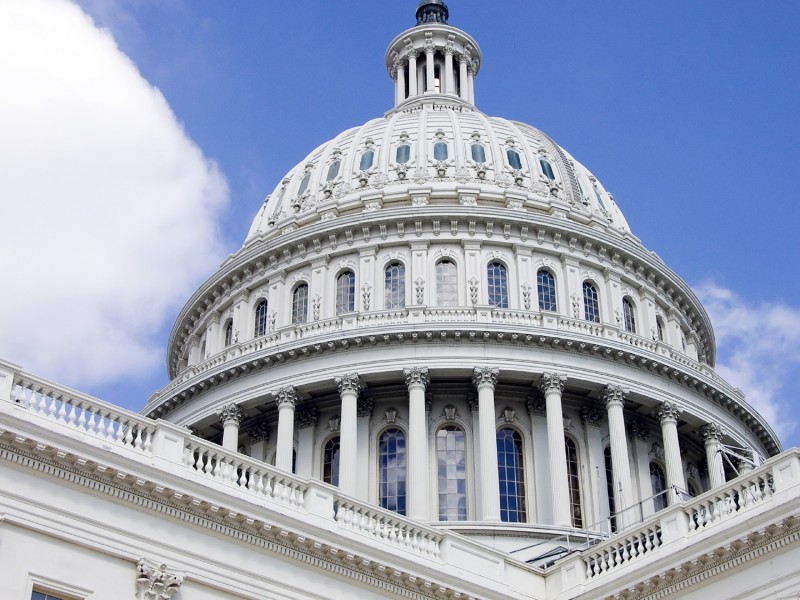 It’s no secret that Americans are generally disgruntled with government these days. According to some recent Gallup polls, Congress has an approval rating of 16 percent, while President Barack Obama’s is 44 percent. The numbers seem to say it all — people are unhappy with government. But according to David Zolet, executive vice president and general manager of CSC’s North American Public Sector, it’s not all doom and gloom because we’re seeing a shift to citizen-driven government, thanks in large part to technology. Zolet recently sat in conversation with moderator Ken Adelman in Aspen, CO, at a recent Fireside Chat and Reception called “Making Government Work.”

CSC is a next-generation information technology (IT) consultancy based in Washington, DC, with a clientele that includes various agencies within the federal government. Their portfolio includes working on government websites, cyber security, and other digital projects. 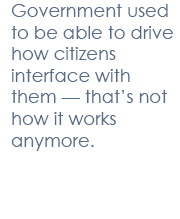 “We on the outside have the impression that the Obamacare rollout was typical of government, that really nothing works well these days,” Adelman said. “Tell us that our impression is wrong.” Zolet acknowledged that the Obama administration has struggled a bit, particularly with the botched rollout of Healthcare.gov. States had a choice to either join the federal health insurance exchange or create their own. The state of New York contracted with CSC to build its exchange, which, as Zolet put it, was a “rousing success.” In fact, about half of all successful enrollments in the country took place on the New York insurance exchange on opening day, said Zolet.

A recent McKinsey Center for Government survey found that the satisfaction of citizens with state government services mirrored the aforementioned numbers. McKinsey asked citizens from 15 states to rate their satisfaction across a range of state services. The resulting scores ranged from 22 for the highest-rated state to a low of -36. That said, Zolet pointed out that the survey found that people were generally less unhappy with state services overall than they were with access to the services, an area in which people expressed strong negative feelings about the “slowness of service delivery, its complexity, and the effort required to navigate through processes,” the McKinsey article states.

“Government has a long way to go to get to where it needs to be, because the consumer (i.e., the citizen) is demanding it,” Zolet said. “Government used to be able to drive how citizens interface with them — that’s not how it works anymore.” The consumer drives it, he said, and they want to be able to do it all on a smartphone.

According to Zolet, though, there are some segments of the federal government that are already doing well. The Department of Homeland Security is doing extremely well and being very innovative in how they deal with IT, which will be critical as more and more people apply for US citizenship, he said.

“They’ve consolidated all of their data centers into two areas, which is a big deal in the federal government, saving a ton of money in how they do that,” Zolet continued. “They’re buying their capabilities like a commercial enterprise, so the Department of Homeland Security is way out in front of that, which will really pay well as we move into immigration reform because as the immigration issue starts to get resolved, we start to get more applications for citizenship and things like that, being able to do that online in a TurboTax-like format is going to save the government a ton of money.”

“So you take that, and what do you learn from it that you can use [to] better government?” Adelman asked. According to Zolet, government needs to be able to utilize IT to give citizens easier access to its services, similar to the access they have to Amazon and eBay, for example, because that’s really what government’s all about—providing services to the citizens. “They need to leverage what we in the industry refer to as SMACC, incorporating Social media, Mobility, Analytics, the Cloud, and with the recent activities around Sony, Cyber security,” Zolet said. And, he added, we need to increase public-private partnerships. To do that, we need to find a way for people to move in and out of government, for there to be an exchange of talent. But the anti-revolving door policies currently in place make it very difficult to do that. “The best way to improve capability of both the public and private sectors would be to be able to share [this talent],” he said.

Which begs the question — how does a systemic shift of this magnitude happen? Zolet believes that the influx of millennials and digital natives into leadership positions in the federal government will result in increased utilization of SMACC to improve government’s interaction with consumers and how government operates, and to save the government money by doing human resources and financial processes all on cloud-based systems. With the next administration, he said, “We’re going to see more and more of this… it’s really going to start to take off. It’s going to be a cultural change and it’ll be the new leadership that’s going to drive it.”

Zoë Brown is the program coordinator of Aspen Community Programs at the Aspen Institute.