Since allegations of Russian interference in the 2016 presidential election came to light, Donald Trump has used Twitter and numerous press appearances to disparage the intelligence community for its “phony allegations” and “made up facts.” Last week, three former intelligence officials came to the Aspen Institute to discuss the divide between the Trump administration and the agencies they once represented. David Ignatius, columnist and associate editor at the Washington Post, moderated the panel, which can be watched in full.

John McLaughlin, a former CIA deputy director, said that he agrees the president’s remarks have done some damage but sees the relationship between the administration and the intelligence community as one that is in the process of evolving. He outlined a four-phase cycle that he believes we are in.

McLaughlin thinks that the influence of advisors like H. R. McMaster has allowed some normalcy in the interchange between intelligence agencies and the president. Juan Zarate,  who served as the Deputy National Security Advisor for Combating Terrorism under George W. Bush, agreed with that assessment. He said a maturation of personnel, policy, and awareness has allowed the country to enter the third phase of the cycle McLaughlin outlined. He said he was worried, however, that the president’s tendency to sow doubt about the intelligence community will disable their ability to successfully conduct operations.

For example, Trump recently alleged that the British intelligence agency GCHQ was spying on his campaign at the behest of former President Barack Obama. This poses a threat to our relationship with foreign liaisons. “If they begin to see intelligence become a plaything in our political theater, that begins to undermine confidence,” Zarate said.

American espionage rests a bit uneasily inside American culture because it represents power and secrecy.

Former NSA and CIA director Michael Hayden views the president’s combativeness as an attempt to delegitimize anyone with whom he disagrees. He said he’s been concerned with Trump’s rhetoric since the onset of his campaign in 2015. While Hayden characterizes the last few presidents as “American internationalists,” he is unsure of where the Trump administration stands as they pursue their various agendas.

McLaughlin was likewise troubled by the lack of uniformity in Trump’s policies, since the intelligence community is bound to make mistakes that the president will have to deal with. “Intelligence isn’t always right,” he said. “It’s mathematically certain that you’ll miss something sooner or later. We haven’t had that moment yet and how he reacts if that happens is going to be another break point in this relationship.”

While intelligence provides legitimacy for actions like the recent strike on a Syrian government air base, the men also discussed how to ensure that the president’s daily intelligence briefings do not cause him to develop a reactionary worldview.

In Hayden’s opinion, Trump’s distrust of the intelligence community mirrors our larger society. “American espionage rests a bit uneasily inside American culture because it represents power and secrecy,” he explained. This has led to the proliferation of theories on both ends of the political spectrum about the presence of  a “deep state,” a notion Hayden and McLaughlin scoffed at. They see the deep state as simply a collection of intelligence veterans and experts who are still governed by the rule of law. Zarate is less dismissive of the claims. He worries that deep state theories are becoming conflated with our legitimate system of checks and balances.

Zarate believes that the White House needs to decide how transparent it wants to be with the American people. Its current conflict with the intelligence community is distracting citizens from more pressing issues that could directly affect the lives of citizens. Only after this relationship is renegotiated can we move on to issues like information warfare and cyber influence in elections, he said. Our ability to mitigate and disrupt such threats will help the US in this new era of conflict against both state and non-state actors.

While freedom of speech allows citizens to level criticism against a president, all three men asserted that intelligence officials always set personal opinions aside. “Dialogue with the president is the most important thing,” said McLaughlin. “The intelligence community will bend over backwards to figure out how to serve a president.” 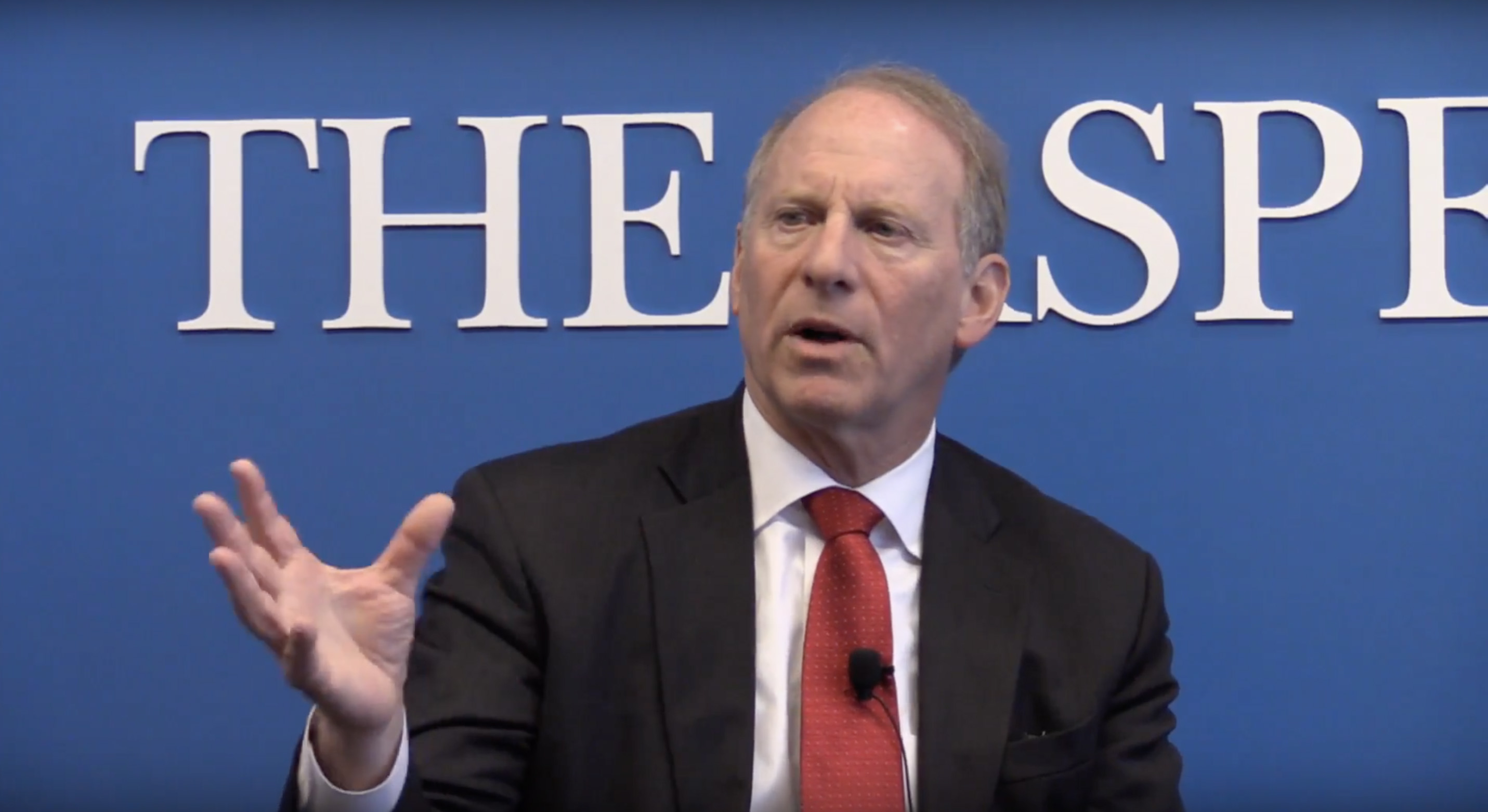