On November 14, 2019, the Aspen Institute hosted its 36th Annual Awards Dinner at the Plaza Hotel in New York City. The dinner, chaired by Mercedes T. Bass, presented Ginni Rometty, Chairman, President and Chief Executive Officer of IBM, with the Henry Crown Leadership Award in recognition of her leadership, innovation, and guidance of IBM’s reinvention into a new era of data management and cybersecurity while setting the industry standard of data responsibility and transparency. Bryan Stevenson, Founder and Executive Director of the Equal Justice Initiative, was presented with the Public Service Award for his work in challenging legal bias towards disadvantaged communities. The evening featured award presentations by Dr. Shirley Ann Jackson and a moderated conversation between Bryan Stevenson and award-winning journalist and Aspen Institute Trustee Katie Couric. 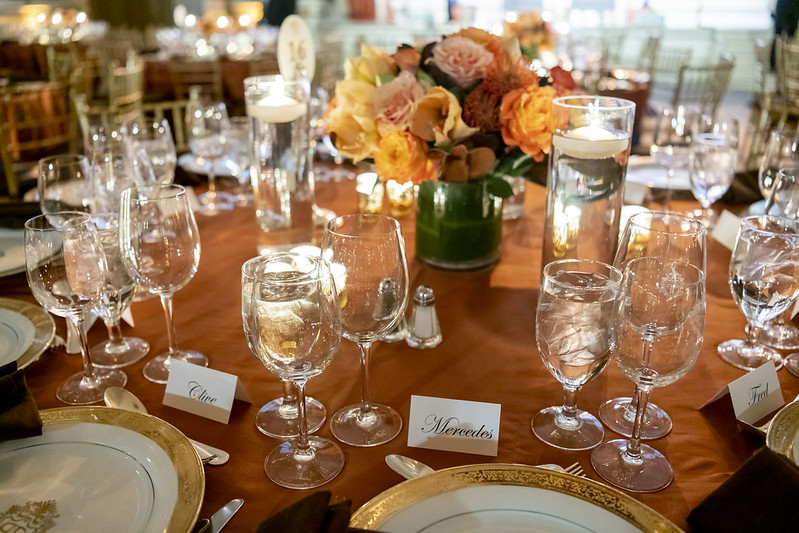 Ginni Rometty is Chairman, President and Chief Executive Officer of IBM. Since becoming CEO in January 2012, Ms. Rometty has led IBM through the most significant transformation in its history, reinventing the company to lead in the new era of AI, blockchain, cybersecurity and quantum technologies, all delivered on IBM’s enterprise-strength cloud platform. Today, IBM is the world leader in AI and cloud computing for business, underpinned with trust and security.

IBM under Ms. Rometty’s leadership also has led the way on ensuring society is prepared for this new era of data. This includes equipping workers for “new collar” job roles in emerging technology fields; being the first company to publish long-held principles of trust for AI, data responsibility and data transparency; and advancing IBM’s commitment to diversity and inclusion.

Beginning her career with IBM in 1981, Ms. Rometty has held a series of leadership positions, including the successful integration of PricewaterhouseCoopers Consulting. Bryan Stevenson is the Founder and Executive Director of the Equal Justice Initiative (EJI), a human rights organization in Montgomery, Alabama. Mr. Stevenson, a widely acclaimed public interest lawyer, has dedicated his career to helping the poor, the incarcerated, and the condemned. Under his leadership, EJI has won major legal challenges eliminating excessive and unfair sentencing, exonerating innocent death row prisoners, confronting abuse of the incarcerated and the mentally ill, and aiding children prosecuted as adults.

Mr. Stevenson and his staff have won reversals, relief or release from prison for over 135 wrongly condemned prisoners on death row and won relief for hundreds of others wrongly convicted or unfairly sentenced. Mr. Stevenson has argued and won multiple cases at the U.S. Supreme Court, including a 2019 ruling protecting condemned prisoners who suffer from dementia and a landmark 2012 ruling that banned mandatory life-without-parole sentences for all children 17 or younger. Mr. Stevenson has initiated major new anti-poverty and anti-discrimination efforts that challenge inequality in America. He led the creation of two highly acclaimed cultural sites which opened in 2018, The Legacy Museum and The National Memorial for Peace and Justice. The new national landmark institutions chronicle the legacy of slavery, lynching and racial segregation and the connection to mass incarceration and contemporary issues of racial bias.

Mr. Stevenson’s work has won him numerous awards including 40 honorary doctorates, the MacArthur Foundation “Genius” Prize and the ABA Medal, the American Bar Association’s highest honor. He is a graduate of the Harvard Law School and the Harvard School of Government and the author of the award winning New York Times bestseller Just Mercy.

She is also founder of Katie Couric Media (KCM), which is actively involved in developing and producing a range of scripted and non-scripted projects. The female driven company is also working with brands that are aligned with its goal of creating premium content about socially relevant issues.

Ms. Couric joined CBS as the first woman to solo anchor an evening newscast after a 15-year run as co-anchor of NBC’s Today Show. Her numerous awards include a duPont-Columbia, Peabody, two Edward R. Murrows, a Walter Cronkite Award, and multiple Emmys.

If you have questions, please contact Dianna Shypailo at dianna.shypailo@aspeninstitute.org or (202) 736-3503.