On June 14 at Washington, DC’s Convention Center, lines formed at sunrise and wound around five city blocks. The excitement was for the White House Summit on the United State of Women, a daylong event held in partnership with the Institute and made possible by the Ford Foundation, Goldman Sachs Foundation, Pepsico, Tory Burch, and AOL. Attendees traveled from as far away as India and Afghanistan and as close as Anacostia and Capitol Hill. Why not? The powerhouse lineup of speakers included the president, vice president, first lady, and attorney general, as well as business icons like Oprah Winfrey and Warren Buffett. Plus, the audience heard from front-line advocates in the grassroots, policy, and entertainment worlds. It was the place to be.

Today, women comprise more than half of America’s college graduates, electorate, and workforce; they also account for more than 80 percent of consumer-purchasing decisions.

Today, women comprise more than half of America’s college graduates, electorate, and workforce; they also account for more than 80 percent of consumer-purchasing decisions. Despite this power, barriers—affordable child care, paid sick leave, equal pay—still undermine women’s success. The United State of Women Summit examined how to solve these problems and ensure that women and families can advance economically and socially. President Barack Obama affirmed his own commitment, citing his administration’s early action on the Lilly Ledbetter Fair Pay Act and its progress on overtime pay and women’s health.

Below are three of the issues the summit tackled and two new initiatives the Institute will launch.

End Violence Against Women
Vice President Joe Biden made a full-throated call for an end to violence against women—a central theme of his “It’s On Us” campaign. Americans must tear down the persistent culture of rape, Biden said, noting this year’s increased focus on college campuses. It’s an issue that’s also close to Mariska Hargitay, an actor on NBC’s Law &Order: SVU, who started the Joyful Heart Foundation to raise awareness of domestic violence and to promote healing.

Invest in Young Women’s Leadership
Ana Oliveira, the president of the New York Women’s Foundation, invited cities and foundations to help scale up the Young Women’s Initiative—an effort to which her organization and the New York City Council both committed $10 million. Created by Council Speaker Melissa Mark-Viverito, the initiative will propose programming, policy, and research to close the gaps that girls and women experience in education, health care, fiscal matters, and judicial outcomes. The goal is to create an action plan to inform legislation and funding.

They emphasized the importance of male leaders mentoring boys and taking a stand for equal treatment and respect for girls and women.

Engage Men as Allies
Quentin Walcott, the co-executive director of CONNECT NYC, and Matt McGorry, an actor on ABC’s How to Get Away With Murder, spoke about their efforts to identify as allies and feminists. They emphasized the importance of male leaders mentoring boys and taking a stand for equal treatment and respect for girls and women. They also challenged their peers to join them as “men who get it.”

Next Steps at the Institute

The United State of Women featured strong, visionary, and ascendant women. But it’s the collective determination and inspiration of women everywhere that is truly igniting change across the world—from Girl Scout meetings and schools to battlefields and boardrooms. 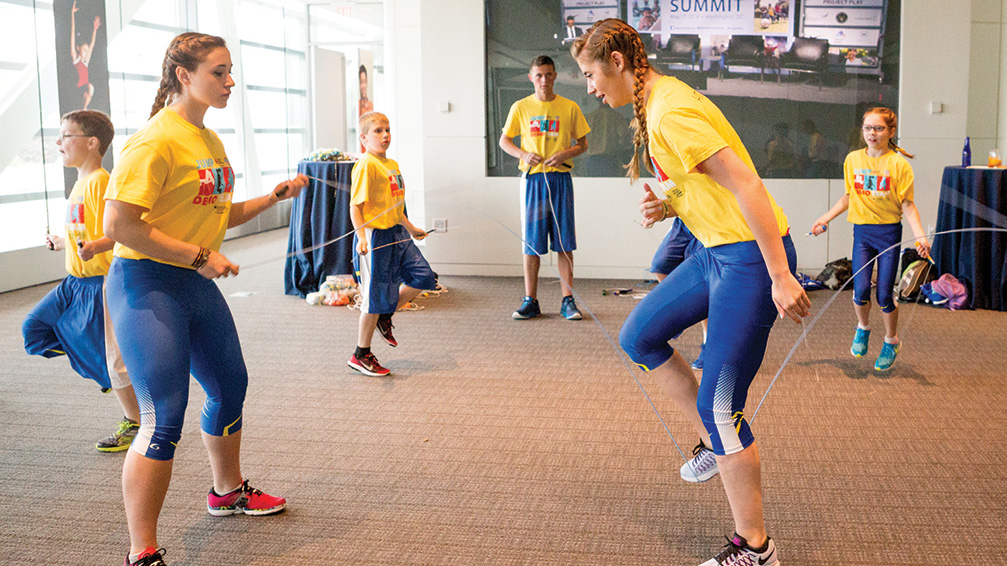