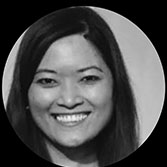 Azalea Millan is Senior Manager of Public Programs, leading the planning and execution of CityLab, the Summit on Inequality and Opportunity, the White House Summit on the United State of Women, and other programming. She also previously served as Program Associate for the Institute’s Socrates Program, founding the Socrates Newsletter and contributing to the expansion of its programming to include Salons and International Seminars.

Prior to the Aspen Institute, Azalea consulted for the Observatory of Public Sector Innovation at the OECD in Paris and the Independent Evaluation Department at the Asian Development Bank in Manila; and worked as Marketing and Communications intern for the Clinton Global Initiative in New York. She volunteers for the Entire Village Community Organization (EVCO) Africa – supporting its digital marketing efforts, and enjoys baking, soccer, and dancing ballet. Originally from the Philippines, Azalea earned her bachelor’s degree in Economics and Journalism from the University of Pennsylvania and her MPA with a concentration in Public and Economic Policy from the London School of Economics and Political Science.