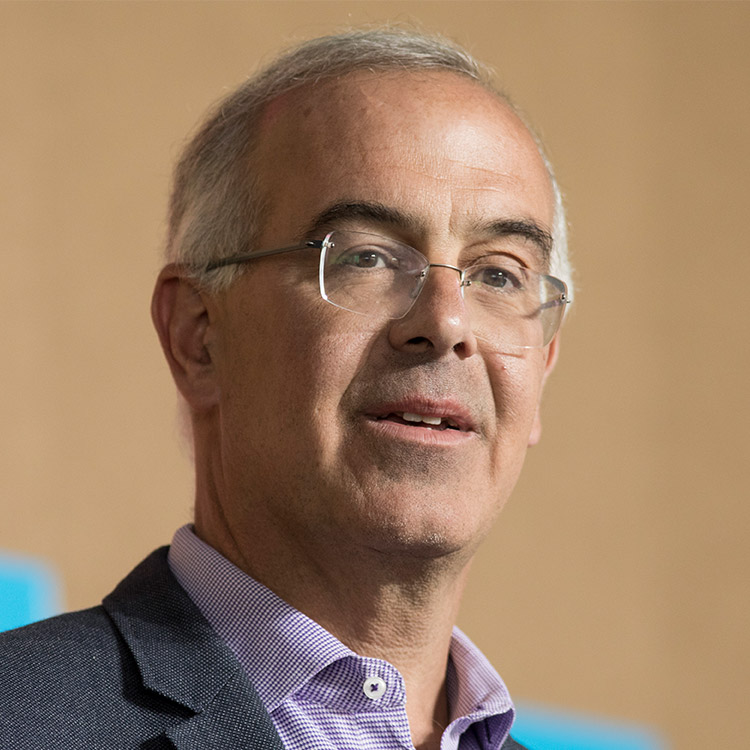 David Brooks joined the Aspen Institute as an Executive Director in March 2018 to spearhead a bold new project aimed at bridging the differences that divide Americans and seeking out a compelling common ground. The project will include a series of workshops in diverse communities across the nation in order to identify unifying themes and promising partners. The initiative’s longer-term goal is to draw attention to organizations that are effectively healing social divisions, to see how their efforts can be applied to the national level, and to create a network and set of permanent structures to allow for planning, dialogue, and action.

David Brooks has been an Op-Ed columnist for The New York Times since September 2003. He is currently a commentator on “The PBS Newshour,” NPR’s “All Things Considered” and NBC’s “Meet the Press.”

He is the author of Bobos In Paradise: The New Upper Class and How They Got There and The Social Animal: The Hidden Sources of Love, Character, and Achievement. In April of 2015 he came out with his fourth book, The Road to Character, which was a number 1 New York Times bestseller.

Mr. Brooks also teaches at Yale University, and is a member of the American Academy of Arts & Sciences.

Born on August 11, 1961 in Toronto, Canada, Mr. Brooks graduated with a bachelor of history from the University of Chicago in 1983. He became a police reporter for the City News Bureau, a wire service owned jointly by the Chicago Tribune and Sun Times.

He also served as a senior editor at The Weekly Standard for nine years, as well as contributing editor for The Atlantic and Newsweek.