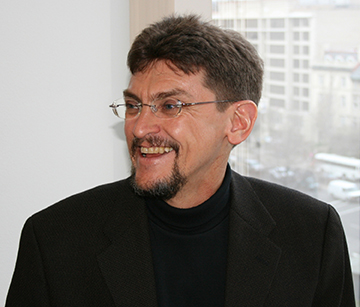 David Devlin-Foltz directs the Aspen Planning and Evaluation Program at the Aspen Institute and serves as the Aspen Institute’s Vice President, Impact Assessment.  Since coming to the Institute in 1993, David and his colleagues have helped advance policy and social change by developing tools for effective message framing, campaign planning and evaluation. David brings to APEP nearly thirty years of experience in funding, managing and evaluating public education, international exchange, and constituency building efforts in East Africa, southern Africa and the U.S. APEP’s innovative responses to the special challenge of advocacy evaluation helped earn David an invitation to co-chair the Advocacy and Policy Change Topical Interest Group within the American Evaluation Association, a post he held for a three-year term ending in 2013. APEP’s work has expanded to include evaluations of broader social change processes including efforts to deepen interfaith understanding and reduce the incidence of child marriage. David leads the internal program review process for the Institute’s policy and public programs and leads APEP’s work with external clients including foundations and large nonprofits. Current and recent clients include the Hewlett, Packard, Gates, and Russell Berrie Foundations as well as CARE, Girls Not Brides, and Independent Television Service.

Before coming to the Aspen Institute, David worked for the Institute of International Education, the School for International Training and the Carnegie Corporation of New York. From 1984 to 1988, he devised and managed Carnegie’s strategy for building public understanding in the US of international development issues, and its grantmaking designed to defend human rights and speed a successful democratic transition in South Africa. An English teacher by initial training, David has taught in his native New Jersey, France, Spain, and at the National University of Rwanda as a Peace Corps Volunteer from 1979 to 1981.David has also taught and managed programs in Zimbabwe as a country director with the School for International Training. He received his undergraduate degree from Yale College and holds graduate degrees from the Sorbonne and the Woodrow Wilson School of Public and International Affairs at Princeton University. He took his hyphenated name on marrying the former Betsy Devlin; they are the proud but occasionally perplexed parents of two fine young men.