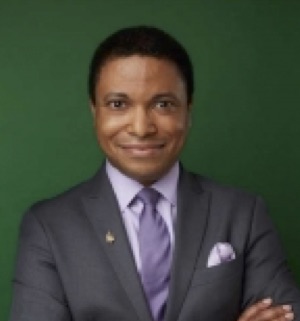 Dr. Douglas E. Wood is Director of the Aspen Institute’s Criminal Justice Reform Program. From 2011-2018, he was a program officer at the Ford Foundation on the Youth Opportunity and Learning team and for nearly two years served as Acting Lead of the foundation’s global Higher Education for Social Justice initiative, managing grants in the U.S., Colombia, Peru, Chile, Southern Africa, Egypt and China. He also funded a myriad of programmatic grants focused on criminal justice reform at the national, state and local levels including investigative journalism, theater and documentary film. Prior to joining Ford, he was Executive Director and Chief Education Officer of the Tennessee State Board of Education, chair of the Basic Education Program Review Committee that oversees Tennessee’s $3.2 billion K-12 budget, a member of the Tennessee Higher Education Commission, a gubernatorial appointee to the Education Commission of the States, a Fellow at the Elliott School of International Affairs, The George Washington University, executive director and principal investigator of the National Academy for Excellent Teaching, Teachers College, Columbia University, and Associate Dean at Eugene Lang College of Liberal Arts, The New School.

Dr. Wood began his career as a public school teacher and while a graduate student at Harvard, worked as a consultant with the Urban Superintendent’s Program, the World Bank’s Office of East Asian Affairs, and taught at the John F. Kennedy School of Government. Dr. Wood received the 2018 Alumni Council Award for Outstanding Contributions to Education from the Harvard Graduate School of Education and is a board member of the Partnership for College Completion. Dr. Wood holds a B.A. degree in History from Wofford College, a master’s degree in English from Middlebury College, and a master’s and doctoral degree from Harvard University. He is a member of Phi Beta Kappa and holds the honorary degree of Doctor of Letters from Middlebury College.