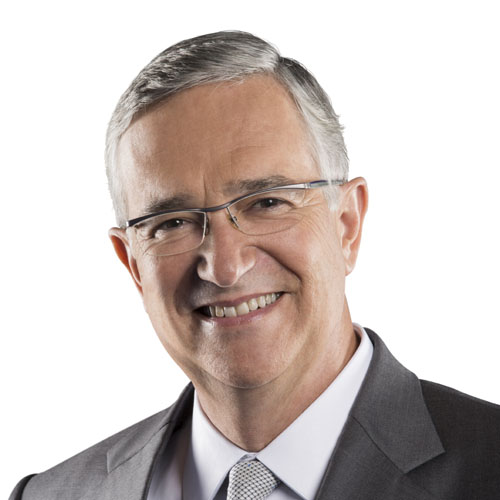 Ricardo Salinas is one of Latin America’s leading entrepreneurs and President of Grupo Salinas, a group of companies that successfully compete in finance, retail, telecomunications and media, among other sectors. The Group companies’ have added sales that represent close to 1% of Mexico’s GDP, with operations in nine countries across the Americas, and over 100,000 employees. In addition to business units, and as part of Ricardo Salinas’ philosophy to improve living conditions of the communities where the Group operates, Fundación Azteca was created as a non-profit organization with a focus on health, nutrition, education and the environment. Other Grupo Salinas’ initiatives that seek to build a better society are Kybernus, a program that supports political and social leadership through a culture of values; Fomento Cultural Grupo Salinas, which promotes art and culture; Ciudad de las Ideas, a festival of brilliant minds; and Caminos de la Libertad, a series of essays contests that seek to provoke reflection about freedom. Ricardo Salinas’ pioneering vision has received the recognition of some of the most important corporate organizations and forums. He has addressed the World Economic Forum, the Young Presidents’ Organization, The Economist Roundtable on Mexico, the Institute of the Americas, UCLA, TED and the Harvard Business School, among many others. In these forums he usually discusses issues related to globalization, education, entrepreneurship, freedom and the opportunities at the base of the pyramid. Mr. Salinas publishes a Blog where he shares his thoughts on corporate, political, economic and cultural issues. This material is also regularly published at the Huffington Post, Newsweek en español and La Opinión, as well as in Mexican newspapers.