The opioid epidemic is now the leading cause of death for Americans under 50 — 64,000 people died of overdoses last year alone. Chances are you know someone who’s affected. The crisis is a fight for survival, and it’s far-reaching, touching people in small towns and big cities across the country.

In this episode of Aspen Insight, we hear from Jessie West, who battled opioid addiction during her pregnancy. She calls the disease of addiction a snake. “There is a cure for it,” she says. “And it’s simple. It’s just the desire to live.” She describes how she’s moving forward after kicking her dependency. You’ll also hear from policymakers and members of the Aspen Health Strategy Group who explain the steps the country needs to take to combat this serious problem.

from Apple Podcasts | from Stitcher | from RadioPublic

In another story of survival, Aspen New Voices Fellow Robert Hakiza describes how he fled his war-torn hometown in East Congo. As a refugee in Uganda, he encountered new problems and discovered his struggles were shared by friends and neighbors. He turned his despair into action and started YARID, the Young African Refugees for Integral Development.

Finally, how can threatened and endangered species survive increasing habitat loss and impacts from climate change? You’ll hear from Collin O’Mara, a Catto Fellow with the Aspen Institute and CEO of the National Wildlife Federation. He thinks one way to help animals survive is to disconnect kids from their computers, tablets, and phones and get them outside.

You can download the episode and subscribe to the podcast by searching for “Aspen Insight” on Apple Podcasts, Google Play, or Stitcher. Share your thoughts and join the conversation on social media using #AspenInsight.

To find more information about the topics and Aspen Institute programs featured in this episode, you can visit the links below: 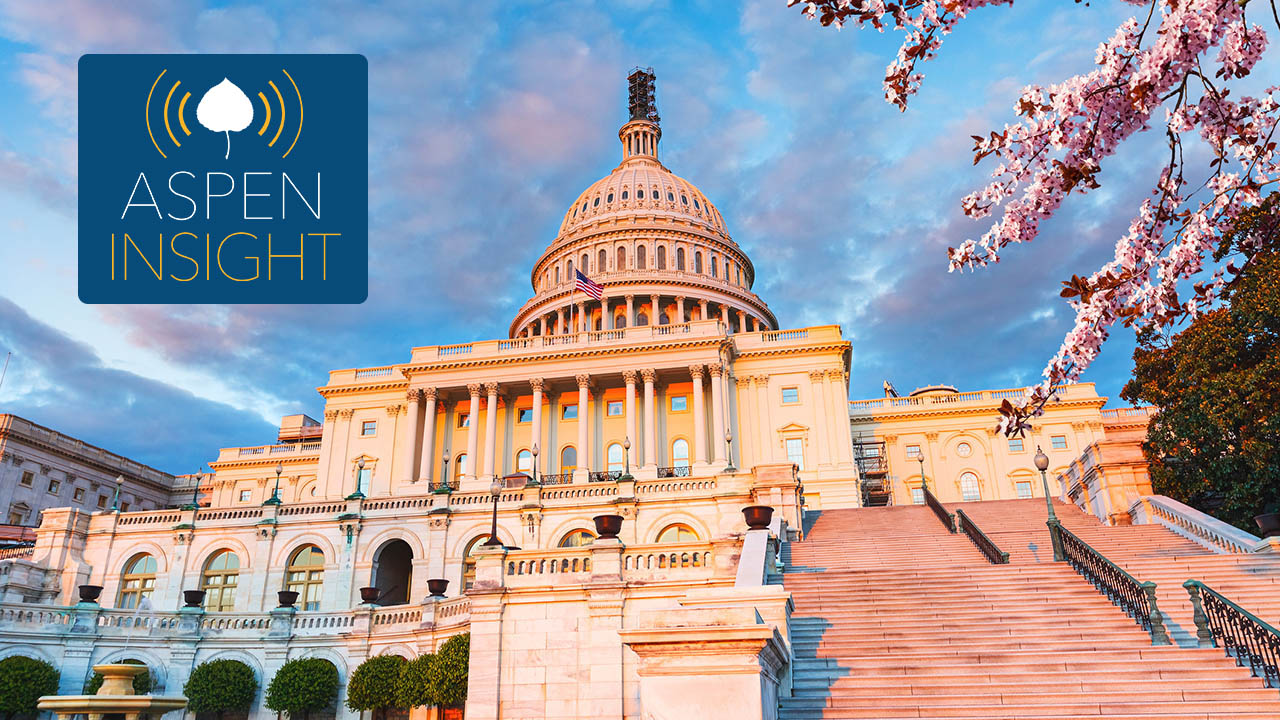 US Government
How to Repair a Partisan Congress