Violence against religious minorities in the United States is rising. This makes work that bridges religious divides more urgent than ever. This episode of Aspen Insight features two groups — one based at the Aspen Institute and another at a mosque near Washington, DC — that are working to create connections between different faiths.

Listen and subscribe to the podcast from your mobile device: from Apple Podcasts | from Stitcher | from RadioPublic

The Anti-Defamation League reports that anti-semitic incidents surged 57 percent in 2017 — the largest single-year increase on record. And in 2016, the FBI reported hate crimes against Muslims increased 20 percent year-over-year. Luckily, people are working to combat hate crimes motivated by religion.

The youth chorus Adams BEAT, comprised of students between ages of seven and thirteen, meets once a week to rehearse. Adams BEAT is different from other choirs. It’s the first Muslim youth choir in the United States, and the group performs in places of worship outside of mosques, like churches and synagogues. The chorus has become an interfaith institution by connecting faiths and breaking down misconceptions.

At the Aspen Institute, an initiative called the Inclusive America Project, part of the Justice and Society Program, is also working to break down religious barriers. The Project produced a report on the importance of religious pluralism. Pluralism in Peril features essays from various experts who work on making society more inclusive. “Many people think of religious diversity as something nice to do, but it’s actually a fundamental strength for our country,” says Zeenat Rahman, project director of the Inclusive America Project. She says US adversaries see hate crimes as a vulnerability. “They recognize our religious diversity as a strength, and they will exploit [hate crimes] as a weakness. Unless we fix it.”

For more information about the topics discussed in this episode, visit the links below. 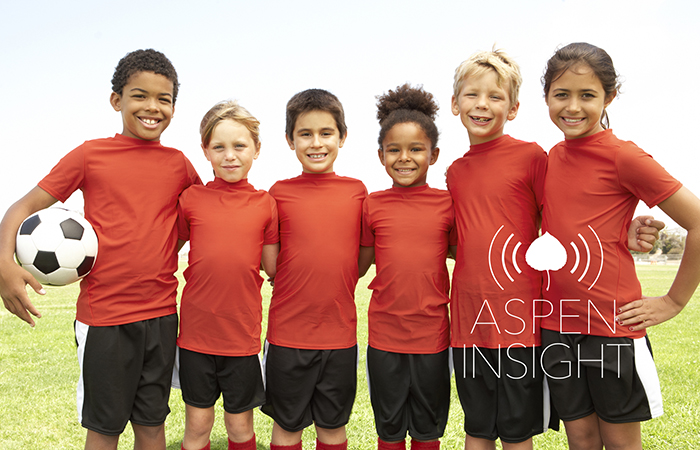 Sports
Beyond a Level Playing Field