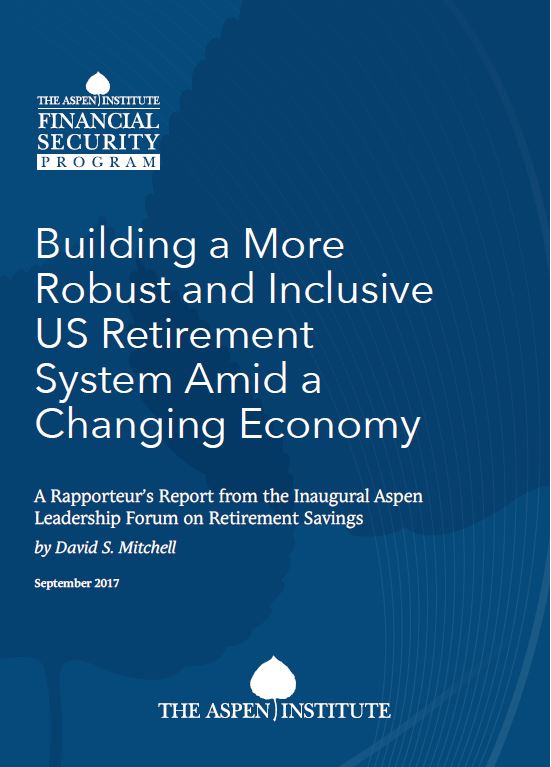 The United States retirement system is undergoing profound changes. Low interest rates, new policies around fiduciary duty, and the emergence of new financial technologies are among the many disruptions reshaping the retirement marketplace. How today’s leaders—in government, business, academia, and the nonprofit sector—react to these changes will shape the system that the next generation inherits.

It is with that in mind that the Aspen Leadership Forum on Retirement Savings held its first annual gathering. Over two days in April, 62 policymakers, business executives, researchers, and advocates met in Middleburg, Va., to discuss how to build a more inclusive and effective savings system.

Participants grappled with a host of questions, not least of which was: Why is the US retirement system serving some Americans so much better than others? Forum participants identified five major reasons:

The task of overcoming these five challenges is daunting, but Forum participants expressed cautious optimism about the following ideas:

The Aspen Leadership Forum on Retirement Savings seeks to create a “brave space” that allows for these conditions to flourish, and the first annual convening went a long way towards achieving that end. Participants left the Forum energized and ready to work together to begin solving the financial challenges facing the country.