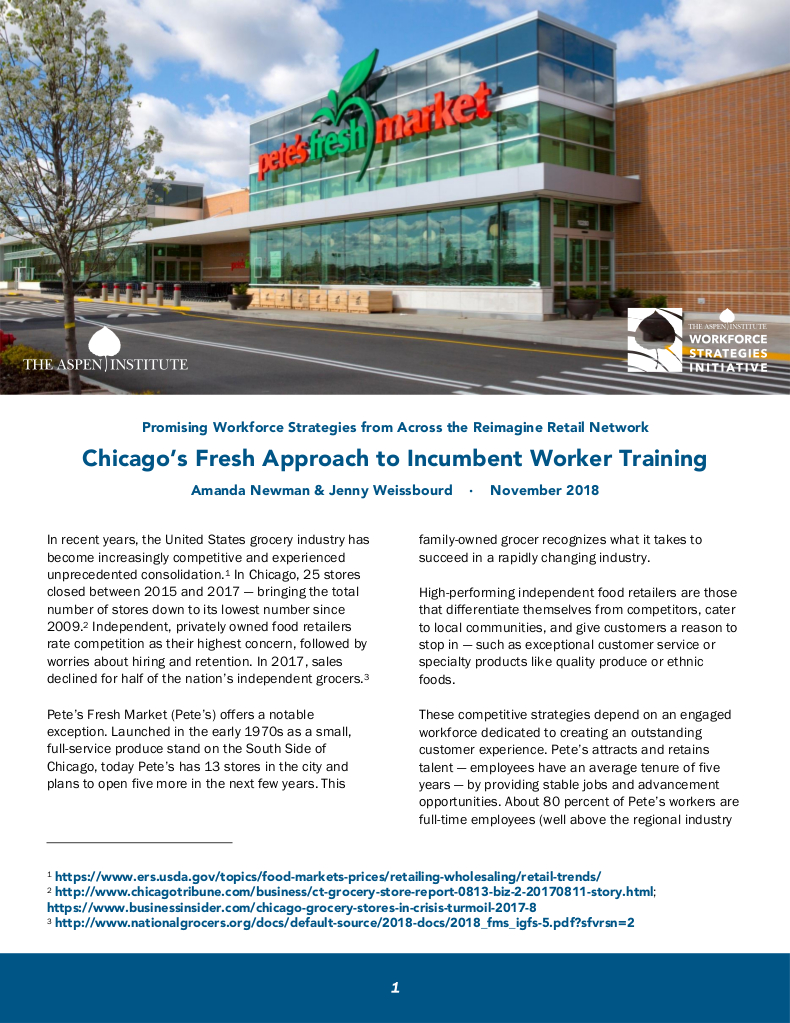 In recent years, the United States grocery industry has become increasingly competitive and experienced unprecedented consolidation. In Chicago, 25 stores closed between 2015 and 2017 — bringing the total number of stores down to its lowest number since 2009. Independent, privately owned food retailers rate competition as their highest concern, followed by worries about hiring and retention. In 2017, sales declined for half of the nation’s independent grocers.

Pete’s Fresh Market (Pete’s) offers a notable exception. Launched in the early 1970s as a small, full-service produce stand on the South Side of Chicago, today Pete’s has 13 stores in the city and plans to open five more in the next few years. This family-owned grocer recognizes what it takes to succeed in a rapidly changing industry. One key to Pete’s growth strategy is its partnership with Instituto del Progreso Latino (Instituto), a nonprofit organization committed to the fullest development of Latino immigrants and their families through education, training, and employment.

Reimagine Retail, an initiative of the Aspen Institute Economic Opportunities Program funded by the Walmart Foundation, explores ways to enhance job quality and improve mobility for the retail workforce. In Chicago, we partner with a collaborative of workforce organizations, including Instituto, that is testing approaches to advance and retain workers in the retail sector. We caught up with Alita Bezanis, director of organizational development at Pete’s, and Yesenia Cervantes, dean of student services and community affairs at Instituto, who were eager to share how the partnership supports growth for Pete’s — and for Pete’s workers.

Tweet As grocery stores face increased competition and consolidation, @PetesFreshMkt is surviving and thriving by investing in its people. #ReimagineRetail

Tweet .@PetesFreshMkt recognizes what it takes to succeed in a rapidly changing industry. Learn how its partnership with @Instituto1977 supports growth for its business and workers. #ReimagineRetail 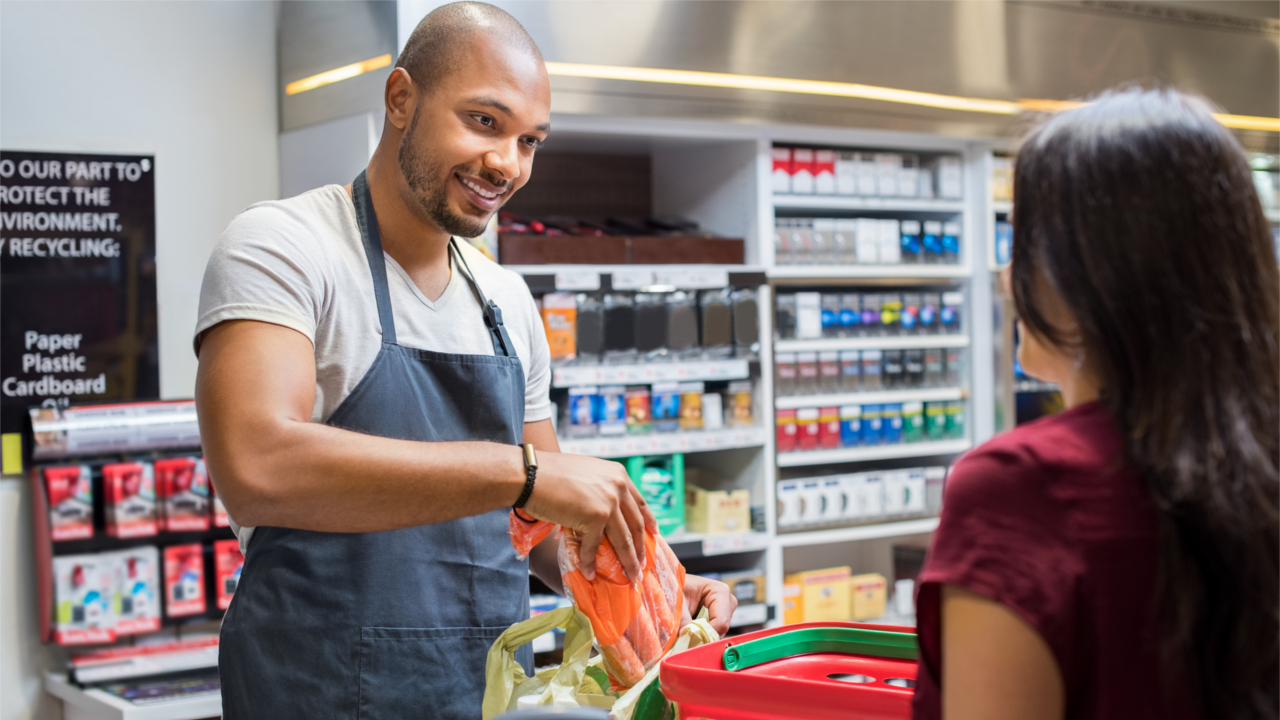 Reimagine Retail is a project of the Aspen Institute Economic Opportunities Program. Learn how EOP is helping low- and moderate-income Americans connect to and thrive in a changing economy. Follow us on social media and join our mailing list to stay up-to-date on publications, blog posts, and other announcements.