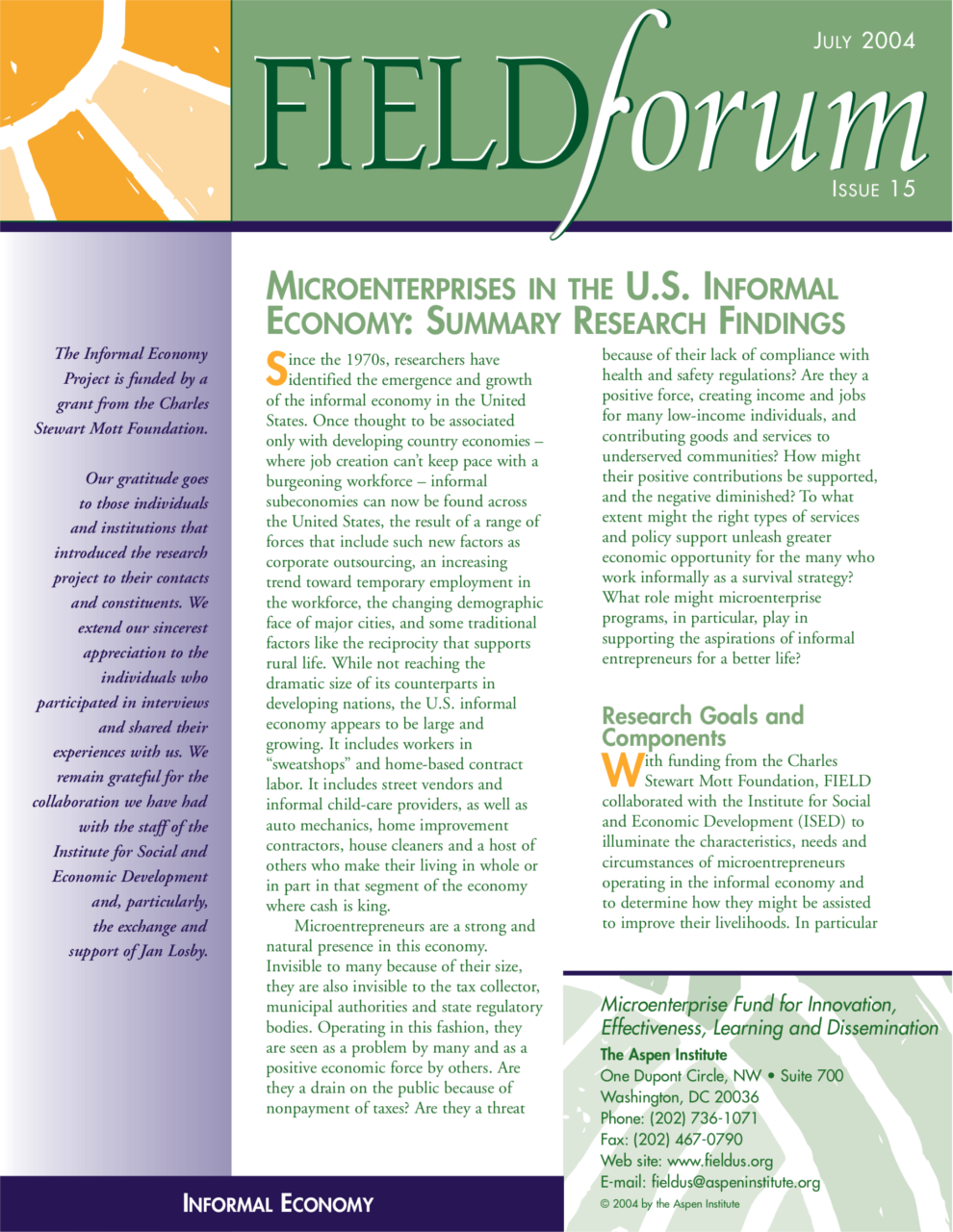 Since the 1970s, researchers have identified the emergence and growth of the informal economy in the United States. Once thought to be associated only with developing country economies – where job creation can’t keep pace with a burgeoning workforce – informal subeconomies can now be found across the United States, the result of a range of forces that include such new factors as corporate outsourcing, an increasing trend toward temporary employment in the workforce, the changing demographic face of major cities, and some traditional factors like the reciprocity that supports rural life. While not reaching the dramatic size of its counterparts in developing nations, the U.S. informal economy appears to be large and growing. It includes workers in “sweatshops” and home-based contract labor. It includes street vendors and informal child-care providers, as well as auto mechanics, home improvement contractors, house cleaners and a host of others who make their living in whole or in part in that segment of the economy where cash is king.

Microentrepreneurs are a strong and natural presence in this economy. Invisible to many because of their size, they are also invisible to the tax collector, municipal authorities and state regulatory bodies. Operating in this fashion, they are seen as a problem by many and as a positive economic force by others. Are they a drain on the public because of nonpayment of taxes? Are they a threat
because of their lack of compliance with health and safety regulations? Are they a positive force, creating income and jobs for many low-income individuals, and contributing goods and services to underserved communities? How might their positive contributions be supported, and the negative diminished? To what extent might the right types of services and policy support unleash greater
economic opportunity for the many who work informally as a survival strategy? What role might microenterprise programs, in particular, play in supporting the aspirations of informal
entrepreneurs for a better life?