The MusiCorps Wounded Warrior Band, the performance component of MusiCorps, is made up of injured veterans who became musicians through MusiCorps. The band has wowed millions of people with powerful performances that speak to the talent and resilience of its members. Formed in response to the crisis of returning service members injured in Iraq and Afghanistan, MusiCorps is a conservatory-level music rehabilitation program that helps wounded warriors play music and recover their lives. 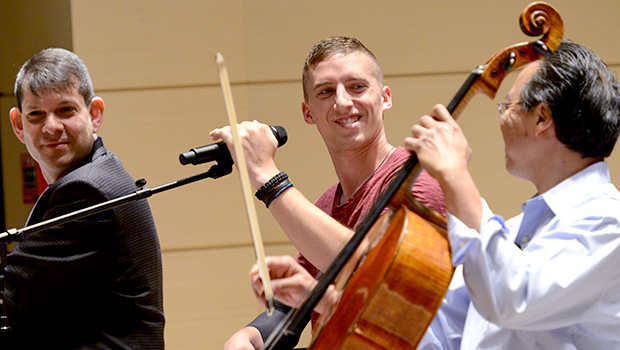